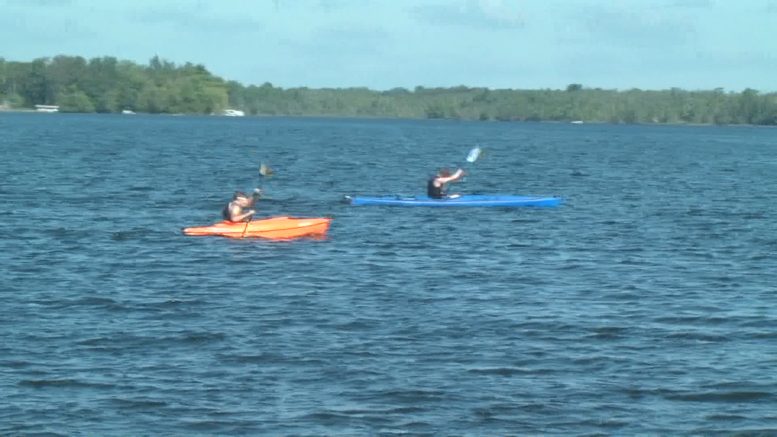 ALPENA, Mich. – Last Saturday was a beautiful day to be outside especially when your out competing for a triathlon. That is when the South Beach Triathlon took place where over 100-people in and around the Alpena area participated.

“So the number one purpose is to raise funds for the firework,” said Event Coordinator Jessica Frantz. “Another reason is to bring everyone out to enjoy Long Lake and the beauty of it.”

“This year wasn’t hot as other years,” said Matt Frantz. “It was nice an enjoyable than last year.”

Frantz has been dominating this triathlon for over six years, but the South Beach Triathlon is where it all started.

“A bunch of us friends got together and decided,” said Frantz. “We’ve seen posters at the Sand Bar and saw that a race was going on so we decided to do it. The next morning we did it and we’ve done it ever since.”

For some people, it was there first time ever competing in a triathlon including our very own Sports Director, Larissa Liska.

“Oh gosh it feels great,” said Liska. “I’m a big fitness person and I never thought I would finish a triathlon.

7 New Inductees Into The Alpena Sports Hall Of Fame!