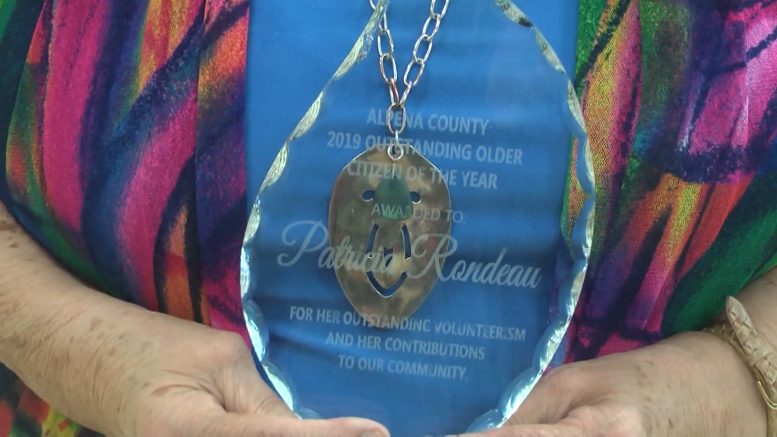 The Alpena Senior Center honored its top volunteers at this morning’s brunch.

Three top candidates were considered for the Outstanding Senior of the Year award, but Pat Rondeau took home the award for her service and commitment to her community after more than 15 years of volunteering.

“Well, it’s because of the seniors, and again, I said earlier, I grew up, I was an only child. I grew up in the family with my mother and dad and my grandparents lived with us and an elderly great uncle. And so I grew up with seniors. I never had any close friends until I really got into school, so my playmate was my 75-year-old uncle, and I just feel more comfortable with seniors typically than anybody else.”

Program manager of the senior center, B.J. Sander, says the decision was tough, but Pat stood out for a few good reasons.

Sander says Rondeau is at the senior center nearly every day, finding a way to lend a helping hand. The criteria for the award included community involvement, volunteerism, respect, and giving to others. All participants were able enjoy a brunch with their family and friends to celebrate their special honors.

Senior Living: addressing what happens next after a procedure or hospitalization

Senior Living: getting the gardens ready to grow

‘Age is Just a Number’ so Enjoy Life!