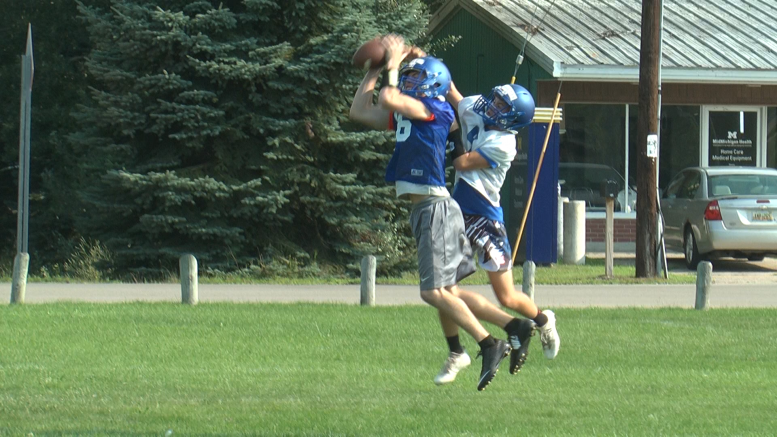 Oscoda — The Oscoda Owls have improved over the past four years. Three-year Head coach Mark Whitley has helped lead the blue and white to a winning season, but this year they want to do more than make it to the first round of playoffs. Last season the Owls went (6-4), losing to Breckenridge 33-7 in the first round of post-season.

“We just need a complete game,” said Whitley. “Didn’t play defense for a couple series and it hurt us and cost us.”

During training camp, Whitley keeps practices fast-paced and has even added some Lake Huron beach drills in the sand and water, an idea he picked up from NFL great, Walter Payton. The student-athletes have bought into the system.

“Having run through the water, I mean, you get the water above your knees,” said Senior Jacob Condor. “It’s hard to push through that.”

The Owls graduated their starting quarterback and about ten seniors. The team is bringing back about eight, and they believe in their junior and sophomore quarterback.

This could be the year for the Owls who have a quick defense and an offense that can score. Now they just have to build up their quarterbacks to prepare them for opening day against Houghton Lake on August 23rd.

Cardinals, Owls and Thunderbolts look to set the tone early