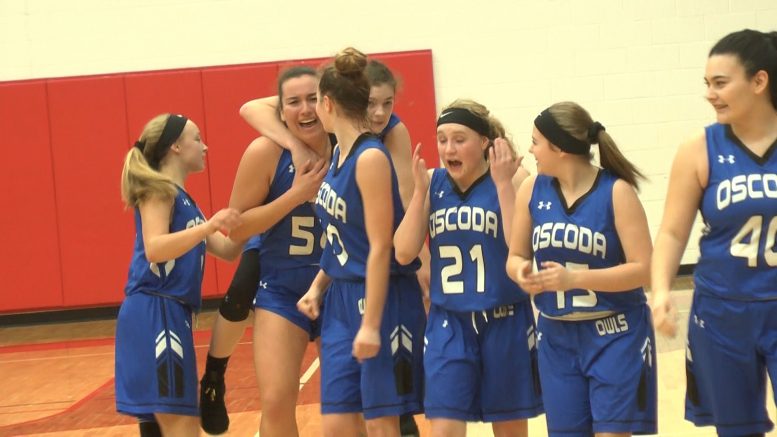 The Owls celebrate after their first win over Tawas in over 20 years following a 41-25 victory.

TAWAS, MI — It’s been at least 20 years since the Oscoda girls defeated Tawas in girls basketball, according to Owls head coach Mark Toppi. With his team entering the contest at 4-0, it seemed like this contest could finally end Oscoda’s drought.

They ended the streak, and may have made up for a few years of torment. The Owls flew past the Braves, improving to 5-0 on the season. The loss drops Tawas to 2-3.

The game remained close up until the fourth quarter. The first ended at with Oscoda up 5-4. Tawas kept it close in the second, only falling behind by two more points with a halftime score of 17-14. The Owls held the Braves to only 5 points in the third and extended their lead to 30-19.

Titans cruise past the Wildcats