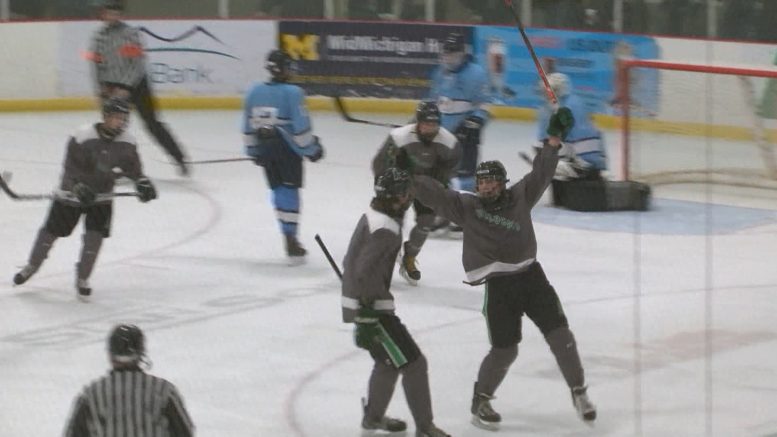 ALPENA, Mich. — The Alpena Wildcats hockey team won their second in a row, beating Petoskey 7-4 on Saturday afternoon. Alpena started fast, leading 1-0 just 10 seconds into the game after a goal from Tanner Orban. The Wildcats led 2-0 in the first, but allowed Petoskey to answer back with two goals before the end of the period.

Not even a minute into the second period, Orban nets his second of the game and the Wildcats led 3-2. Petoskey got within one goal before Orban added his third of the game. Alpena swept their matches against the Northmen this season.

Alpena is now looking to make three wins in a row on Friday when they host their rival, Traverse City West.

Mitchell picks up his first win as Head Coach

Alpena Wildcats improve on speed and defense for 2018-19 season

Meet The People For Social Change