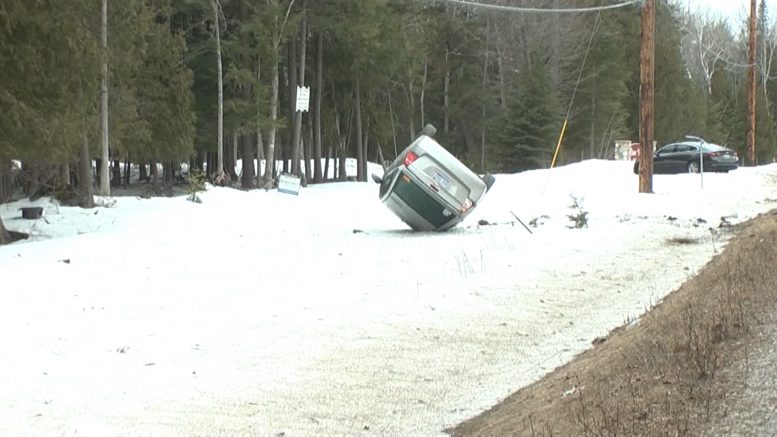 The driver apparently drove into a ditch while heading eastbound on Long Rapids Rd. His car crossed the roadway and into a ditch. He hit a snowpile, sending his car airborne, and destroying a mailbox on it’s way down. The car rolled over once, ending up on the roof.

The 47–year–old man driving the car was taken to Mid Michigan Health where he was treated for minor injuries to his hands. He was then transported to the Alpena County Jail for operating under the influence of intoxicating liquor.

This is the drivers second offense. Speed and alcohol were a factor in the crash. Alpena Charter Township Fire, City of Alpena EMS, and Michigan State Police Alpena Post responded to the accident.

Over $2,000 donated to two local groups thanks to ‘Battle of the Badges’