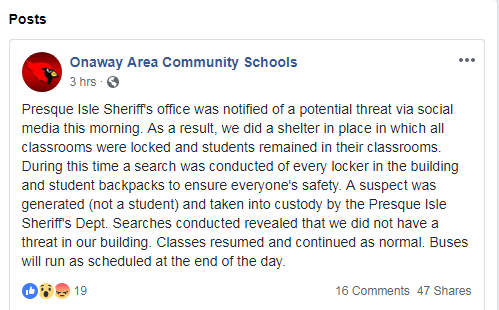 During a search, authorities located a suspect for the threat. After questioning the juvenile female and her father, law enforcement placed the juvenile female in custody. The investigation is still ongoing. There is no current threat to area schools.