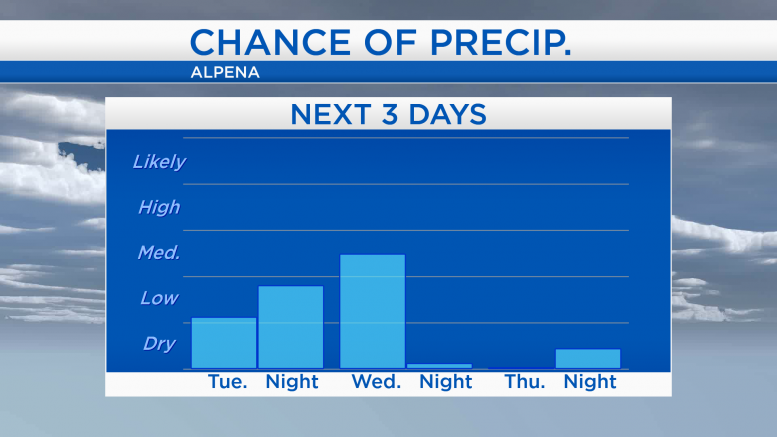 Temperatures today reached the upper 40s near the shoreline before some showers mixed with snow entered the area. Bursts of snow were scattered across the area this afternoon combined with winds out of the west about 15 mph. 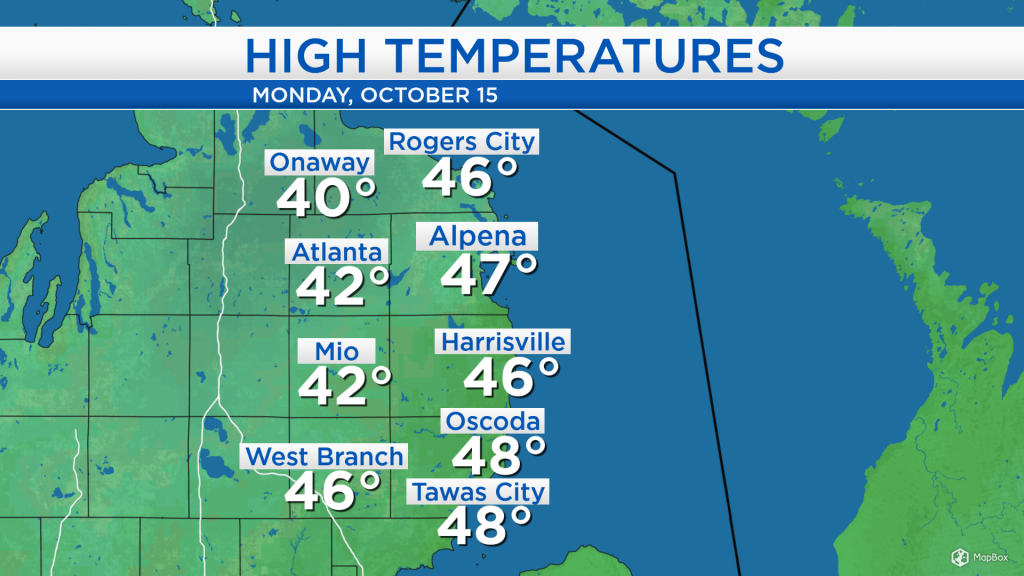 Scattered snow showers will diminish as skies become partly cloudy tonight. Low temperatures are expected to drop to around 32 degrees in the early-morning on Tuesday. Dry weather currently over Wisconsin and Minnesota will move in tomorrow.

For tomorrow morning, expect a chilly start to the day with temperatures in the mid-30s. Partly cloudy skies will last through the afternoon, while a breeze out of the southwest will push high temperatures into the lower 50s. A chance of showers will drop in from the Upper Plains during the evening, changing to a chance of flurries late at night. 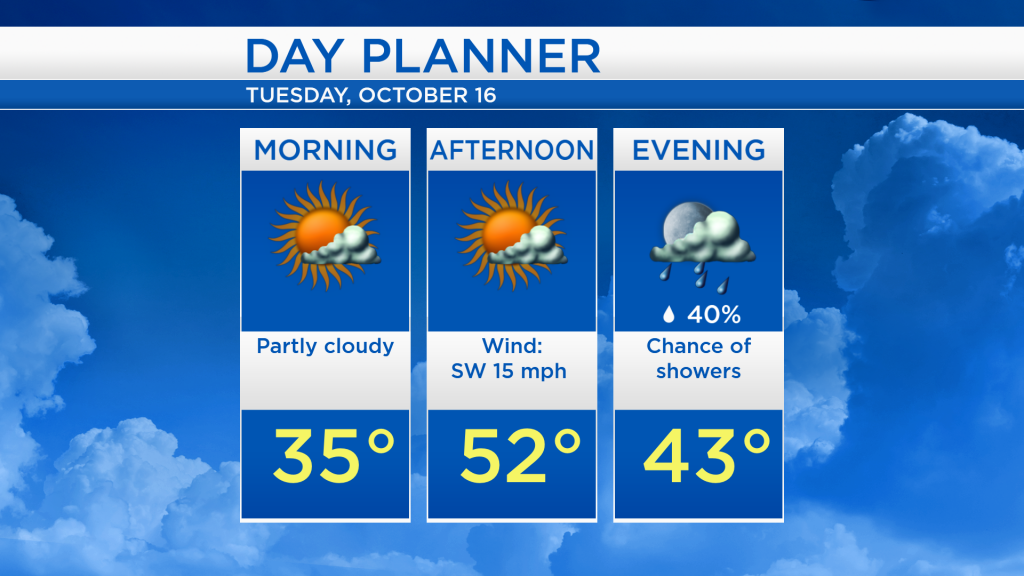 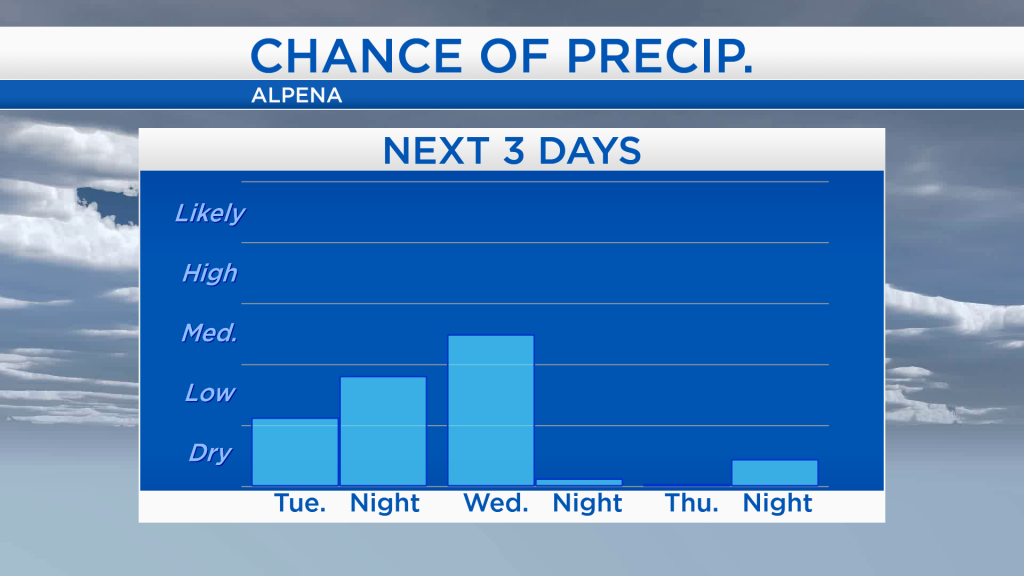 Dry weather will move in overnight, lasting through tomorrow afternoon as highs warm into the lower 50s. A quick moving system could drop of a few showers or flurries late Tuesday and early Wednesday. Cooler temperatures will arrive briefly on Wednesday as high temperatures reach only the lower and middle 40s. Some longer-lasting warmth is forecast Thursday and Friday. For the rest of Northeast Michigan’s weather forecast, watch the latest weather video by clicking the weather tab at the top of the page. 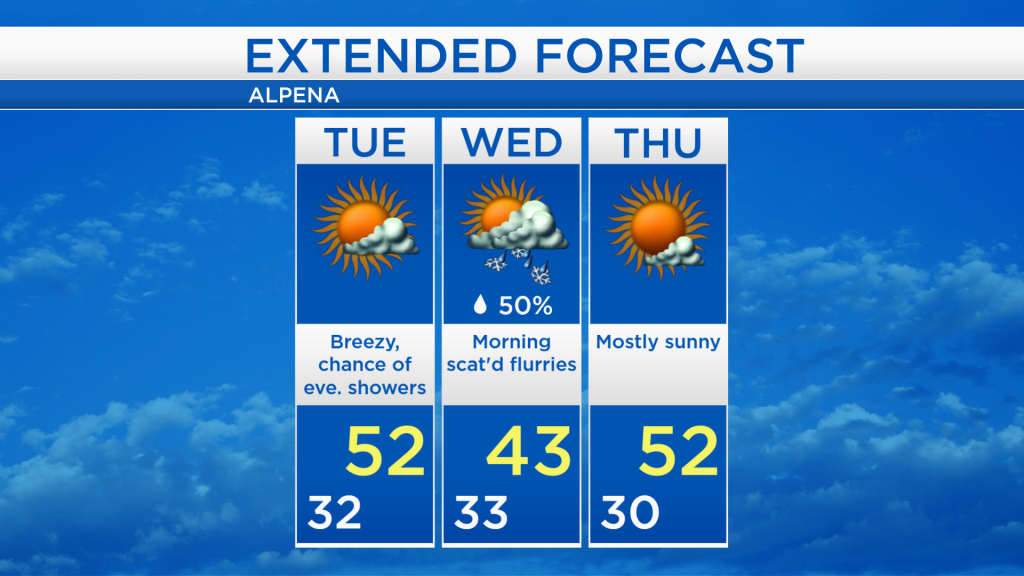