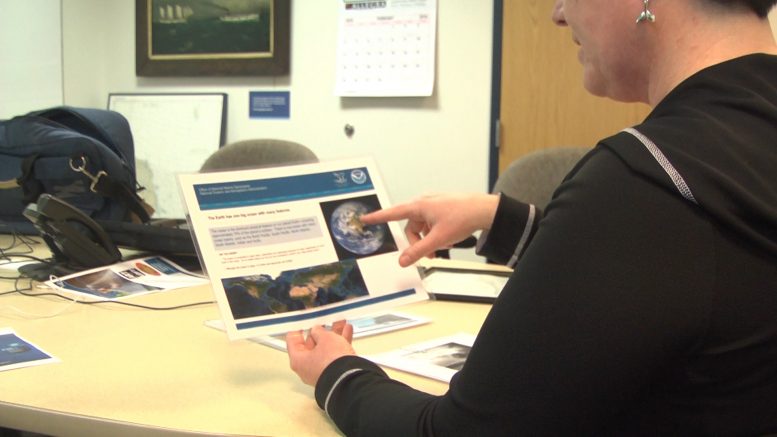 Alpena- Maritime Archaeologist Stephanie Gandulla and Education Coordinator Sarah Waters attended a conference at the National Network for Ocean & Climate Change Interpretation 2 years ago to learn about how to interpret, approach, and present climate change in a positive and non polarizing manner.

Now, they are implementing programs at the Great Lakes Heritage Maritime Museum to talk about the changing climate and have discussions in protecting the environment. The local NOAA branch received a grant to send Waters and Gandulla to this conference along with hundreds of museum, aquarium, and zoo representatives from around the nation. The two had rigorous training for a year, visiting sites around the nation in order to learn how to talk about climate change in their own community of Northeast Michigan.

Programs like Science on a Sphere allow the community to watch a 15 minute program followed by a discussion. The museum also offers films and discussions about certain issues that affect our environment. The next film is tonight over at the sanctuary at 7:00pm. The film is called ‘Before the Flood,’ narrated by Oscar Award winning Actor Leonardo DiCaprio.