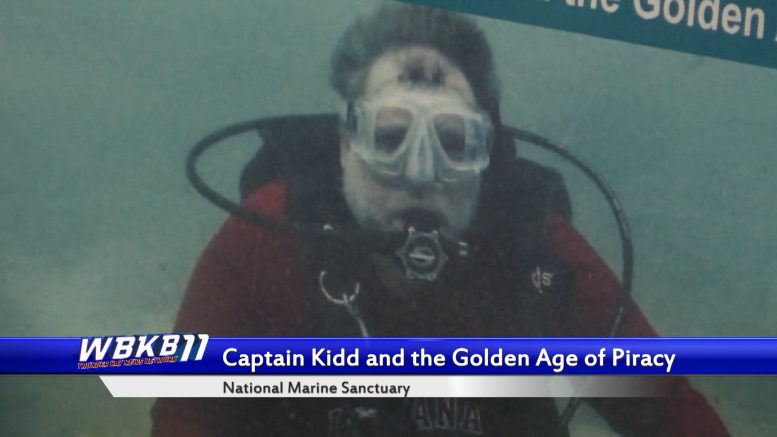 ALPENA, Mich. — A man traveling the world to document shipwrecks has docked on the Sunrise Side. He will spread his knowledge at the National Marine Sanctuary (NOAA) on Thursday.

He and a number of his students are in town studying shipwrecks in the Great Lakes. Doctor Beeker will discuss one shipwreck buried eight feet deep underwater in the Dominican Republic. His talked is titled Captain Kidd and the Golden Age of Piracy.

“He and his students have been documenting the shipwreck sites since it was discovered in 2007,” said NOAA’s research coordinator Stephanie Gandulla. “The infamy that surrounds this shipwreck is that it was captured by Captain Kidd, who some say was a pirate. He claimed up until his execution that he was not a pirate, so we have a fascinating story.”

Doors open at 6:30 pm on July 25. Everyone is welcome to attend at no cost. The lecture will start promptly at 7. Following the program will be a Q&A session with Dr. Beeker.