Most places in Lower Michigan heated up to the lower 90s this afternoon. Highs reached 93 degrees in Alpena, 92 degrees in Saginaw and 91 in Grand Rapids! While local high temperatures will likely be just shy of 90 degrees tomorrow, it will remain plenty warm over the next several days. 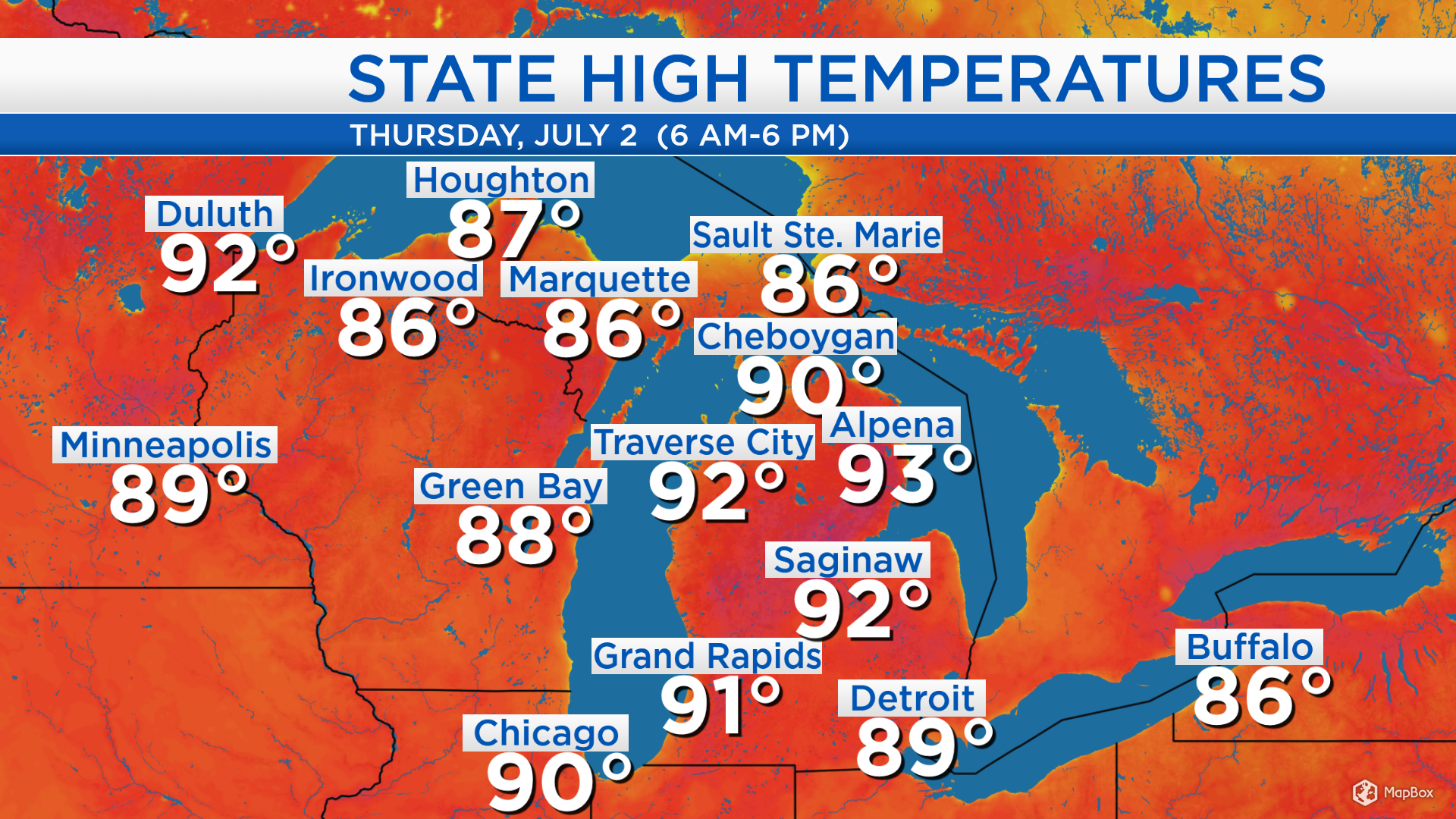 Friday will be mostly sunny and warm. Highs will get to about 88 degrees in Alpena 83 degrees in Rogers City and near 90 degrees in Mio. Winds will be light and out of the north, at 5-10 mph. 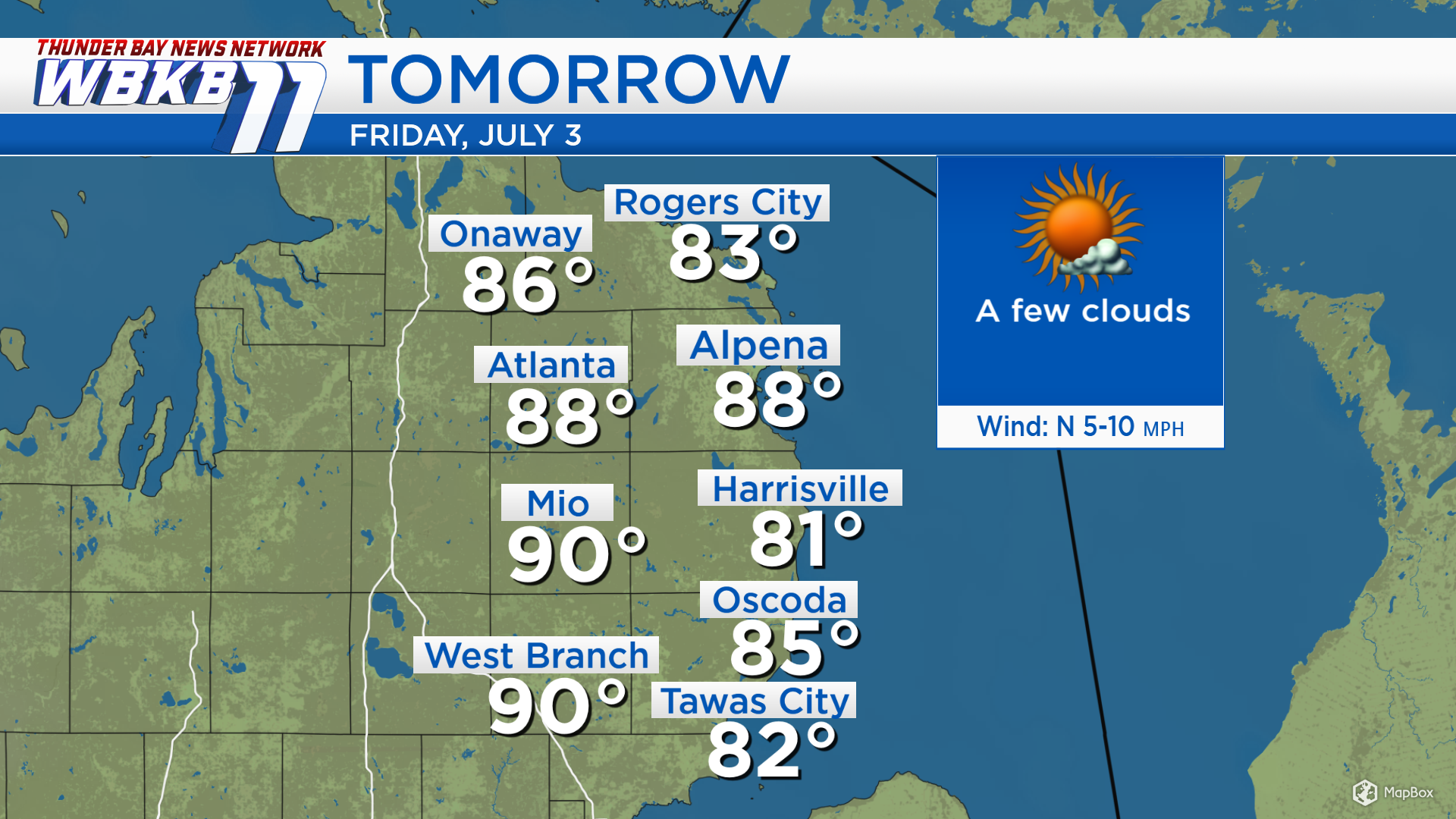 Humidity levels will remain high on Friday. Saturday, dew points will be a bit lower which will make the humidity levels feel more comfortable. Dew points will then rise early next week, putting the air mass back into the muggy category for Monday, Tuesday and Wednesday. 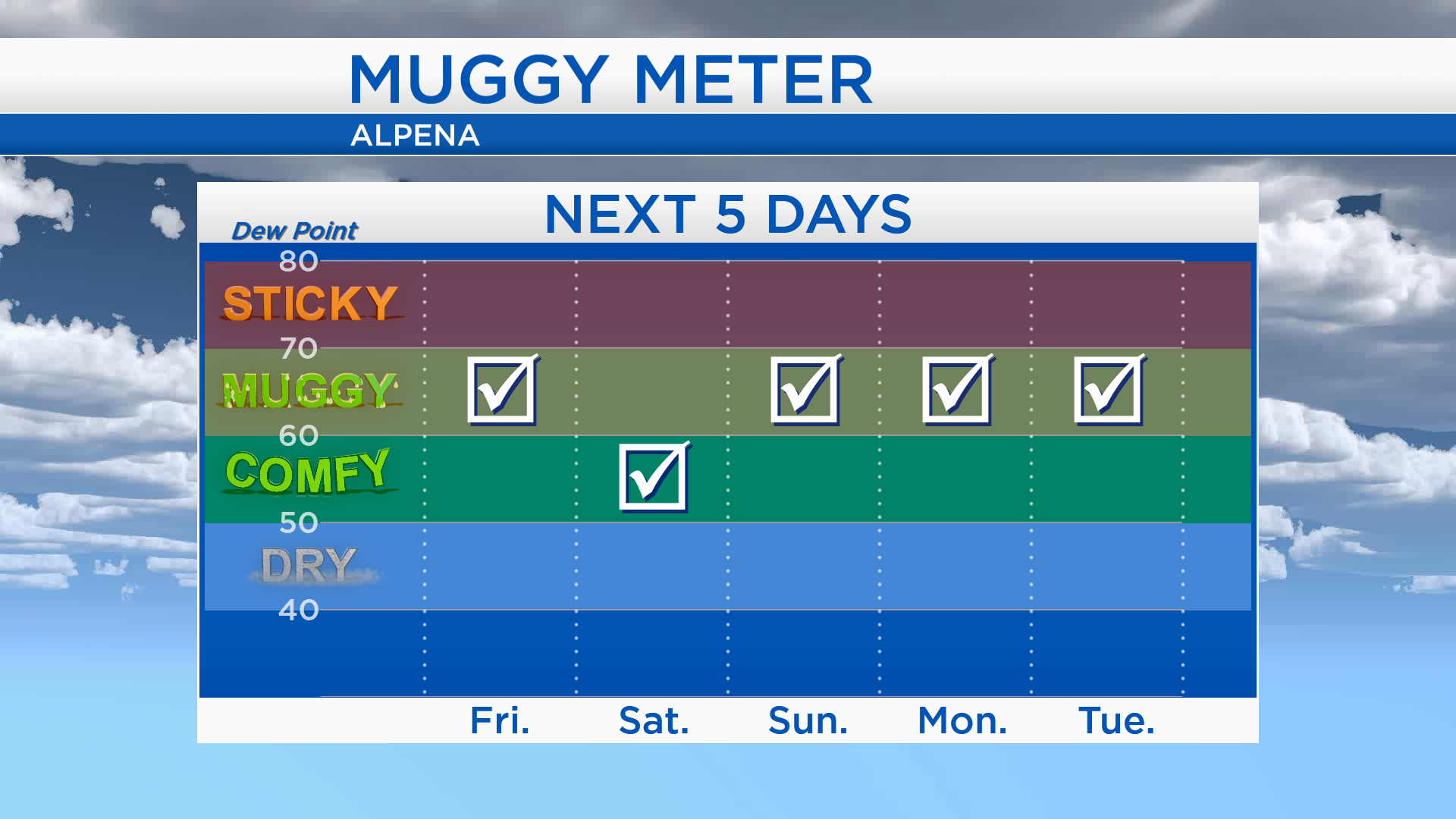 Friday: Mostly sunny and very warm. Predawn lows will be near 63 degrees. Temperatures will rise to the upper 70s by the late-morning. Afternoon highs will be around 88 degrees. Early-evening temperatures will remain warm, in the lower to middle 80s.

Sunday: Partly cloudy and very warm. Predawn lows will be around 62 degrees. Temperatures will get into the upper 70s by the late-morning. Highs will heat up to about 90 degrees in the afternoon. Temperatures will be in the lower 80s for the early-evening. 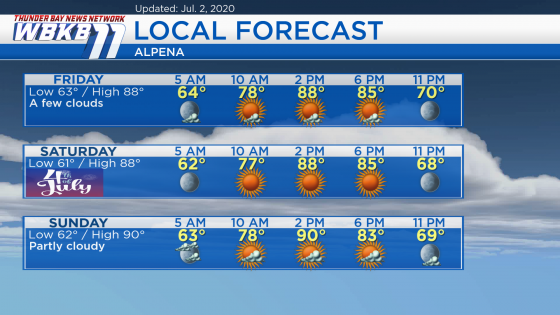 The next possibility of scattered showers or thunderstorms will develop Tuesday midday/afternoon. For the rest of Northeast Michigan’s weather forecast, watch the latest weather video by clicking the weather tab at the top of the page.