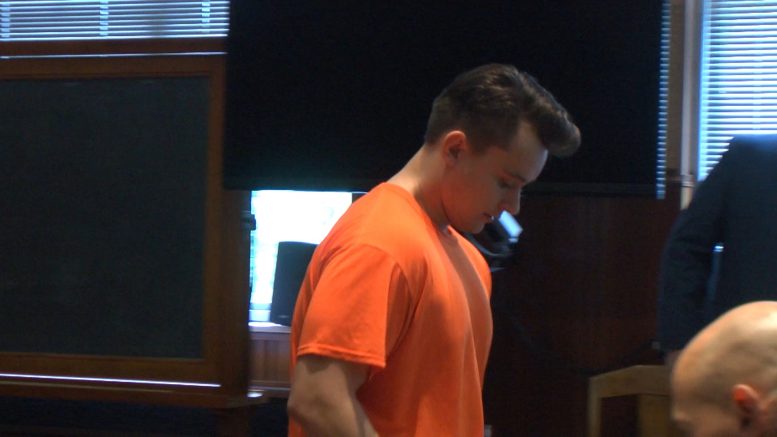 ALPENA, Mich. — Nicholas Skaluba was sentenced on Wednesday. The jury found him guilty on two counts of criminal sexual conduct a month ago. He will serve 16 years to life with no chance of parole until he completes at least 16 years in prison.

The court imposed lifetime monitoring of Skaluba’s location via a GPS device.

Judge George Mertz said Skaluba and the victims will be impacted for the rest of their lives. Mertz said neither he nor the jury could find Skaluba’s testimony credible.

“Number one, you completely contradicted everything all those other witnesses said,” Judge Mertz said to Skaluba. “Number two, and more importantly, you contradicted your own statements through text messages. In my view, you got on the stand and literally lied. You took an oath to tell the truth and lied about when you said you did not have any sexual contact with those girls.”

Mertz said the victims never had a chance to fight or resist Skaluba’s advances when they were drugged. The victims teared up as they gave their final statements. One of them said her assault invaded every aspect of her life, but said she’s hopeful for the future.