We have seen increasing clouds Tuesday afternoon out ahead of the next storm system that’s going to move through Northern Michigan. A low pressure system near the North Dakota-South Dakota border will move east. It’s going to spread snow into Northeast Michigan after midnight and snow will continue through Wednesday morning.

The National Weather Service has issued a Winter Weather Advisory for areas near and north of M-32. This extends from Alpena County northward to the Tip of the Mitt, where impacts will be a bit greater with steadier snow during the morning commute and slightly higher snowfall amounts. The advisory is in effect from midnight to noon Wednesday. 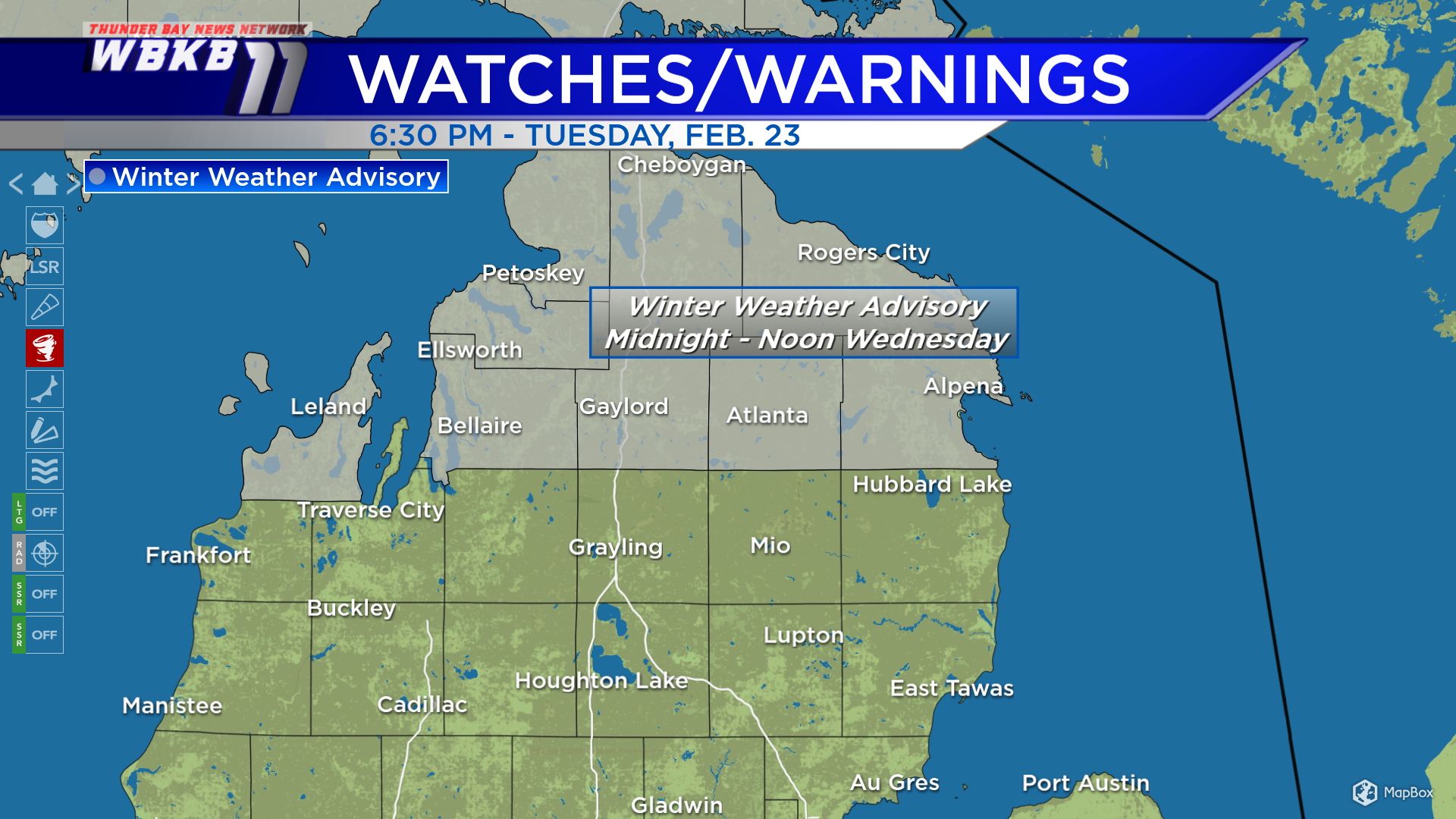 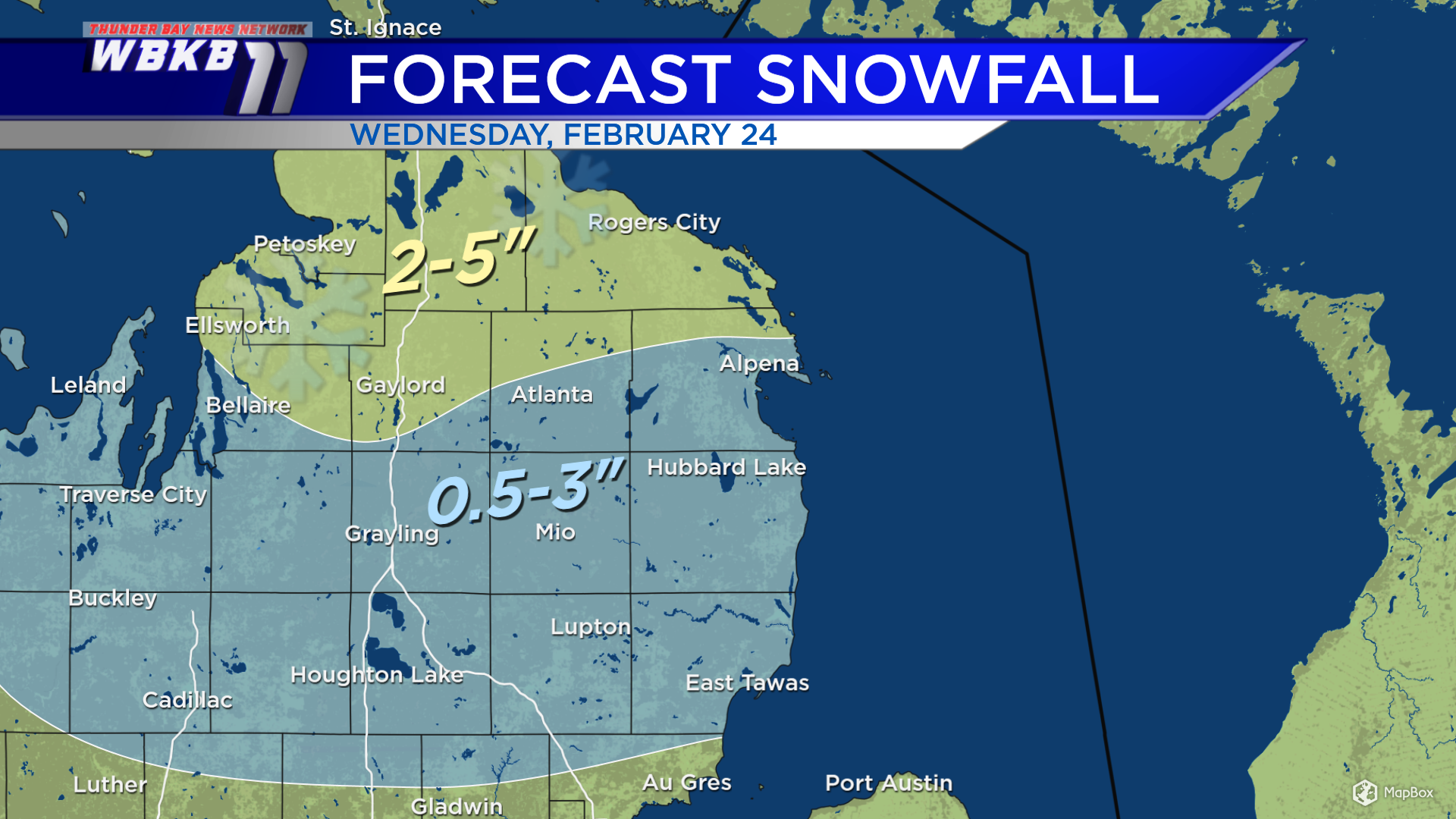 Tonight, there’s not much wind to talk about with wind speeds close to 5 mph. However, winds are going to increase Wednesday afternoon. Winds will shift out of the NNW and pick up to about 15 mph. So it will feel breezy as the skies begin to dry out Wednesday afternoon-evening. 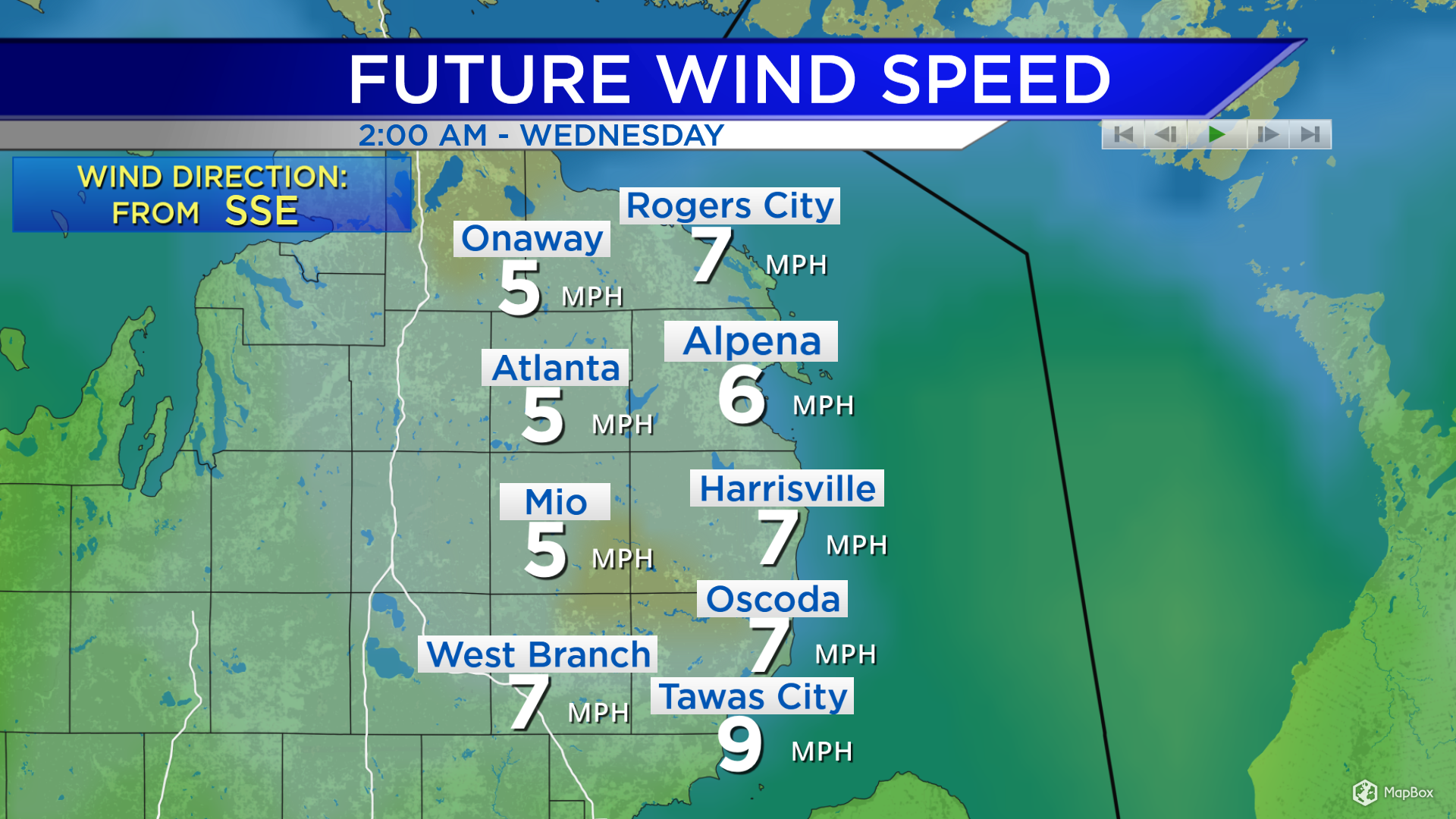 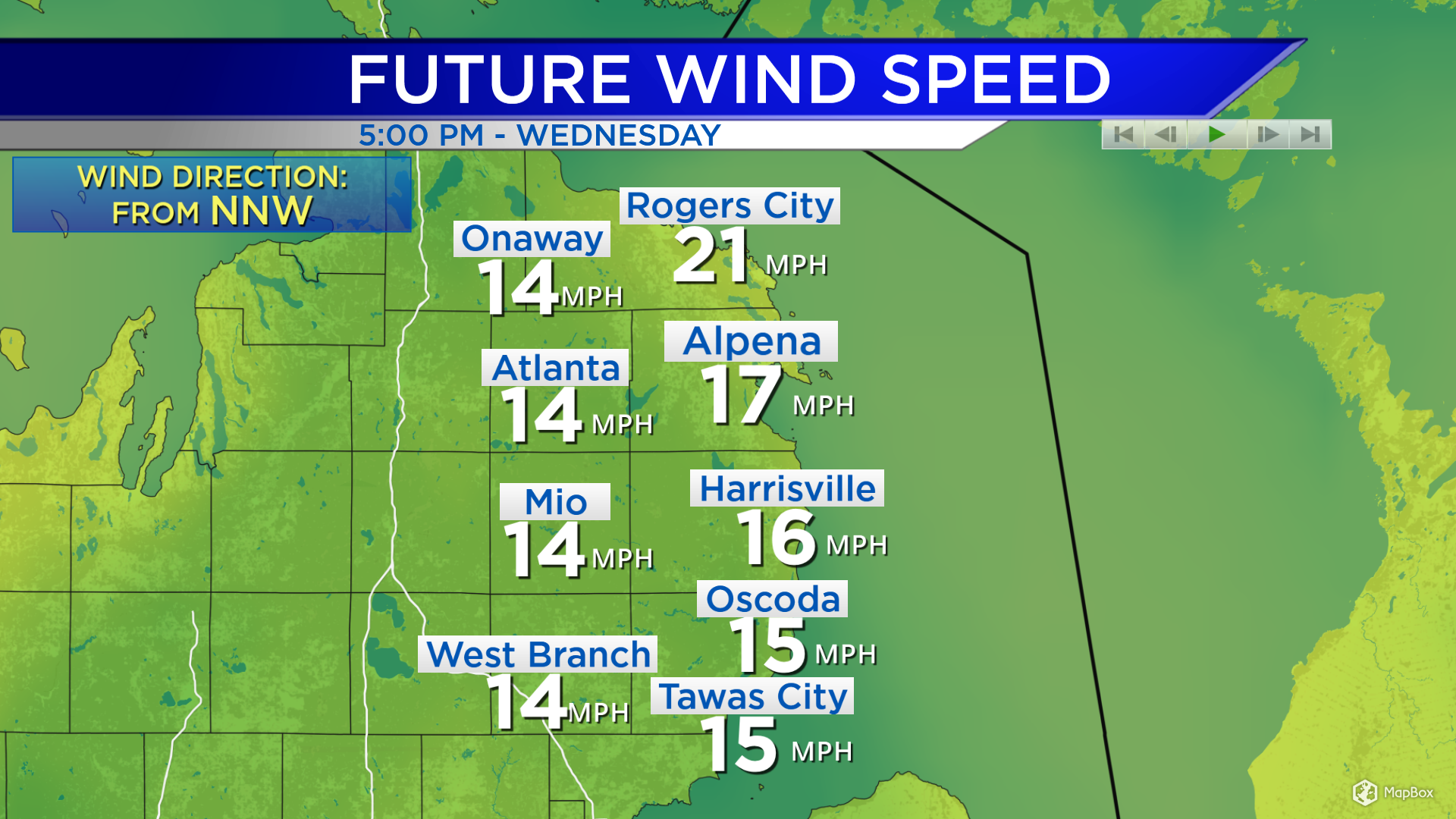 Thursday: A few flurries are possible, also some breaks of sun. It will feel colder early with lows near 12 degrees. Afternoon highs will reach about 32 degrees. Evening temperatures will be in the 20s.

Friday: Bright skies, chilly early. Predawn lows will drop to about 12 degrees. Temperatures will rise to the middle/upper 20s in the late-morning. Afternoon highs will get close to 37 degrees. Evening temperatures will be near 30 degrees. 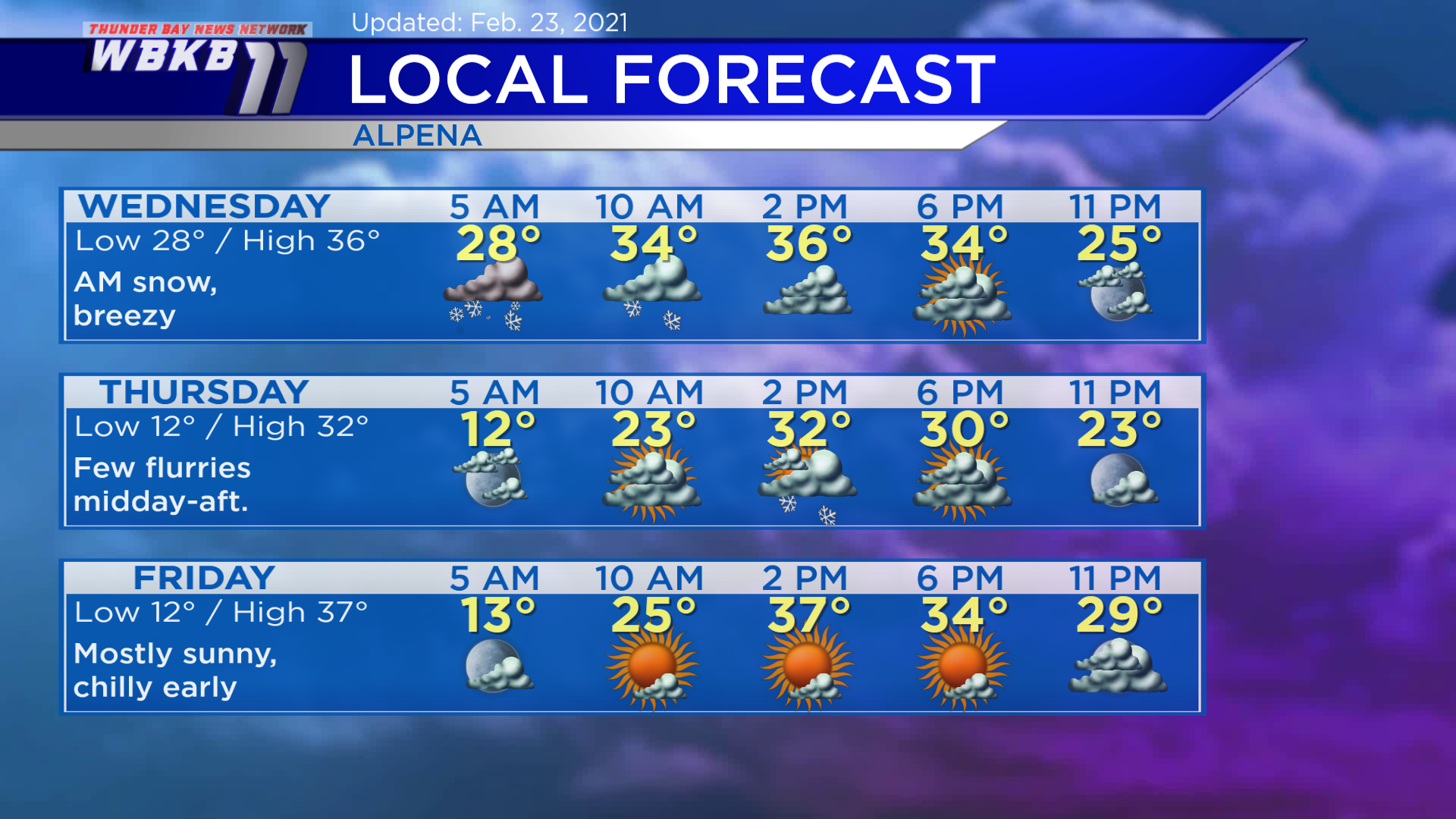