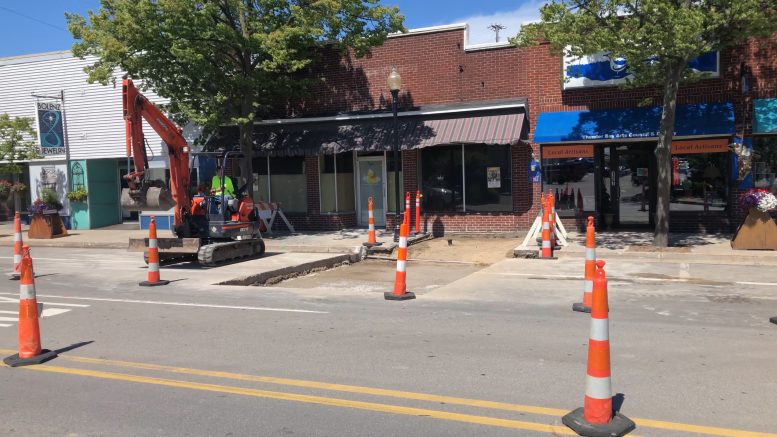 Construction continues outside of the future home for Inspirations Brewery.

Alpena — Austin Brothers Brewing Company won’t be the only brewery in Alpena by the end of the year. Inspirations Brewery will be moving into the old Hallmark store on Chisholm St. in the business district. With Michigan’s robust craft brewing scene, it was a perfect fit for Inspirations Brewery to join the downtown community.

“It definitely shows that we’re a hip and vibrant place,” said DDA Director Anne Gentry. “Any time you see a new business opening, it sends a message that this is a place that’s flourishing, this is a place where small businesses can survive.”

The brewery will feature 12 taps, different bar foods, and pizza. Derek Heussner, Tyler Greenway, and Ray Szatkowski are the three men spearheading the project. They will  handle everything from brewing to business operations. Plenty of work and renovations will continue on the future brewery as the small team gets ready to move in. Downtown Development Director Anne Gentry believes this move will be a step in the right direction for the downtown life and the Alpena area.

“Especially throughout the country, you’re seeing these craft breweries open, so the fact that people are choosing to do that in Alpena is a really positive sign.”