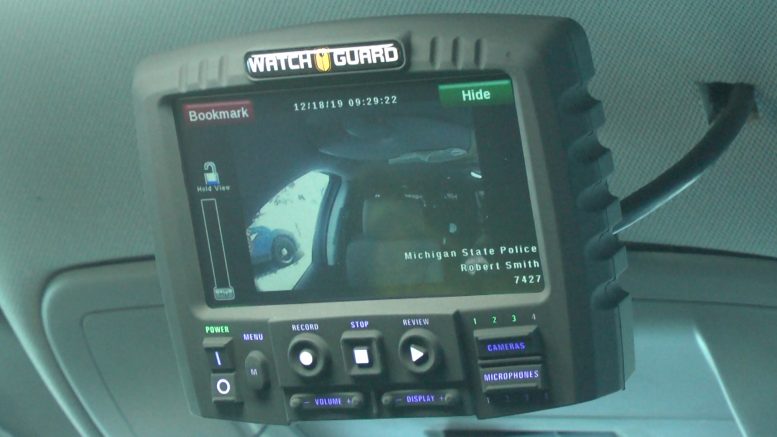 ALPENA, Mich. — We’ve seen the pictures before. Images of police interacting with civilians caught on camera, some saving lives, others using brutal and unjust force. Michigan State Police is heightening its accuracy in documenting civilian incidents with updated cameras.

MSP Sgt. Shane Smith says the old cameras were unreliable. “There were times they would just quit recording and it was usually at the time you needed it the most.”

Every patrol vehicle in the state is being outfitted with the new system. The Alpena post had theirs installed last week, and the cameras are thought to utilize some of the best technology for capturing sound and video. There’s also less room for speculation with the new system. With the old cameras, troopers had to manually upload dash cam footage.
What’s unique about the new system, is it eliminates room for human error. Sgt. Smith says,

“This camera will automatically, once you stop recording, it automatically waits for it to get into an area of good connectivity and then it uploads by itself.”

Two cameras are installed near the windshield of each vehicle but provide an expansive view of everything happening around the car. The new equipment also records better sound.

Smith says the goal of the new system is to protect police and the people who may encounter them.