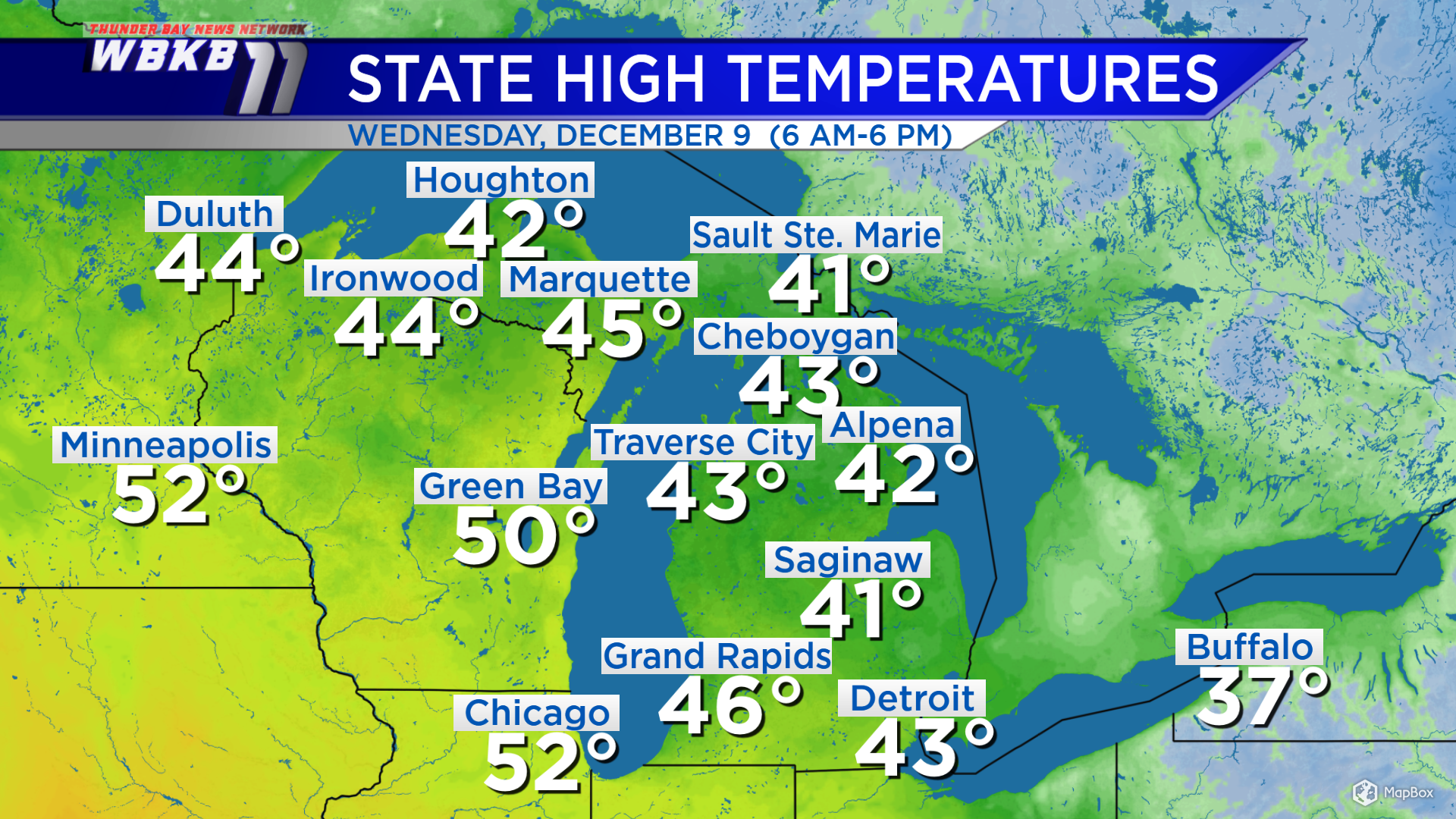 An incoming storm system will gain strength near the Texas panhandle Thursday, then move toward the northeast. The range of possible storm tracks is becoming narrower, shown by the shaded area on the map below. Saturday, this storm system could be as far west as the Illinois-Wisconsin border or as far east as Lake Erie.

Some early thoughts about where the most substantial snow might occur: The highest chance of snowfall amounts 4 inches or more exists roughly south of a line from Rogers City to Traverse City. Whether the Tip of the Mitt ends up with less snow depends how far south this storm ends up tracking. Snowfall amounts could also be reduced in eastern Alcona and eastern Iosco Counties — if rain mixes in Saturday. 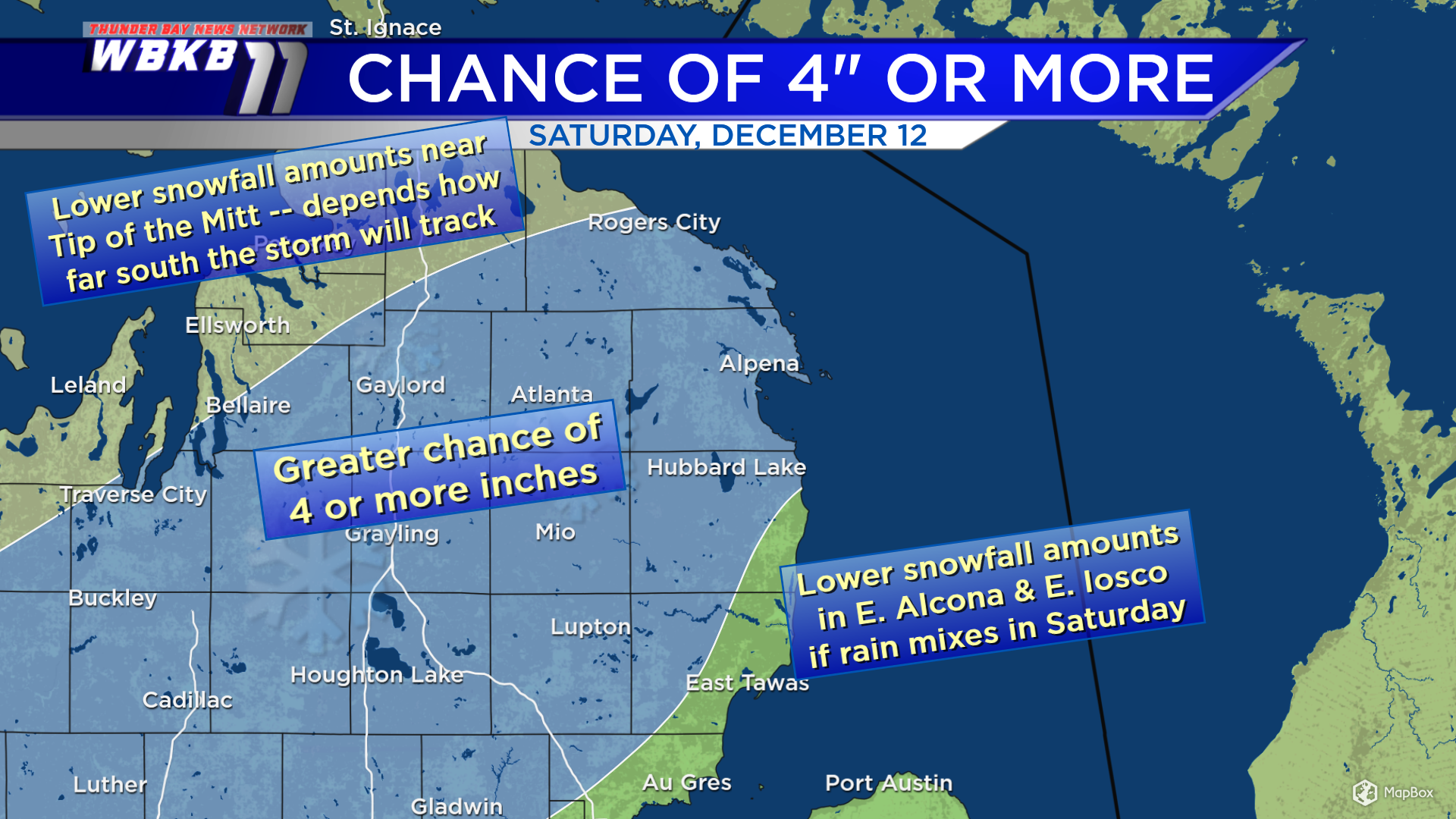