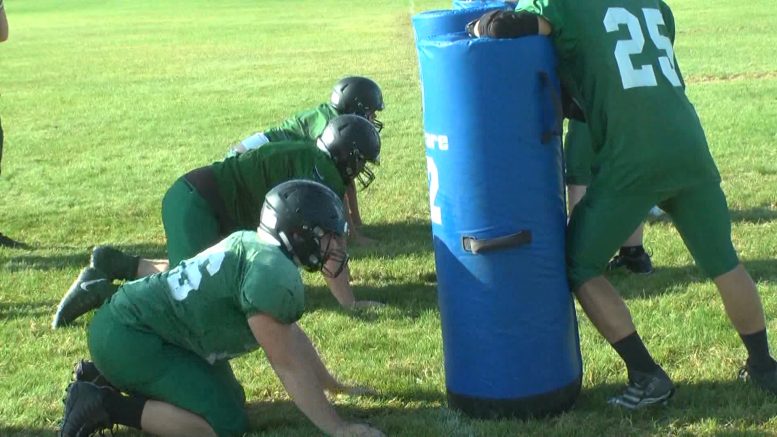 “It’s not that we weren’t efficient last year,” said Mitchell. “We need to make sure that their is no time in between. Generally in a two hour practice, you have ten minutes of transition time. We’re trying to limit that to two or three minutes.”

Another area Eric Mitchell is working on with his 29-man roster is adversity.

“Right now this is like the fourth quarter in a football game,” said Mitchell. “Your body is tired. Your brain isn’t working the way you want it too. What are you going to do?”

This year the Wildcats are running two formations on defense. Overall, this is a defense that is looking to improve this season.

“It takes zero talent to give maximum effort,” said Mitchell. “Our job as coaches is when they have no energy left, they can still give their best effort and make them know that their best effort is better than most.”

Even though the numbers are not big for the Wildcats, they still believe that this year is going to be a lot of fun.

“We’re a little small on the roster size,” said Eli Winter. “I think we’re looking solid and its going to be a good year.”

Alpena kicks off their season on Aug. 29 as they hit the road to take on Escanaba.