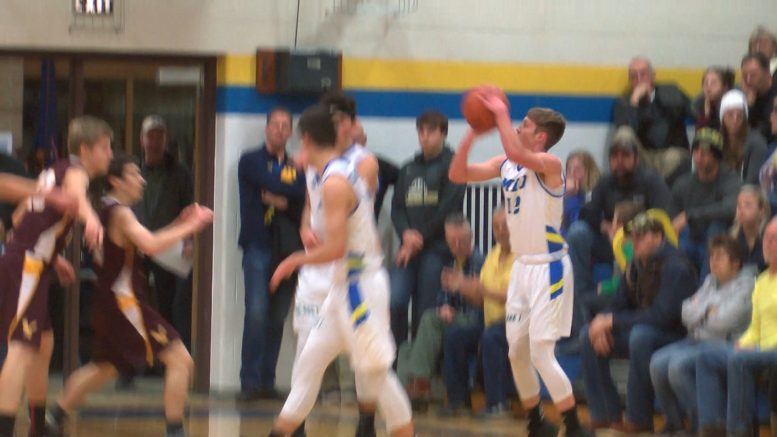 Mio's Drew Hess knocks down a deep first half three against Fairview. He scored 22 points.(December 29, 2018)

MIO, MI — The Mio Thunderbolts boys basketball team hosted the Fairview Eagles on Saturday, December 29th. The thunderbolts struck the Eagles early taking an 18-9 lead at the end of the first quarter. 6 of the 9 points for Fairview were scored by Jesse Yoder who knocked down two three-pointers.

Mio’s River Waisanen led the pack with 11 points at halftime, but then Drew Hess came alive in the second half scoring 12 of his 22 total points and the Thunderbolts topped Fairview 64-31. A special victory on the night that Mio honored their 1989 state champions and 1978 state semi-finalist team.