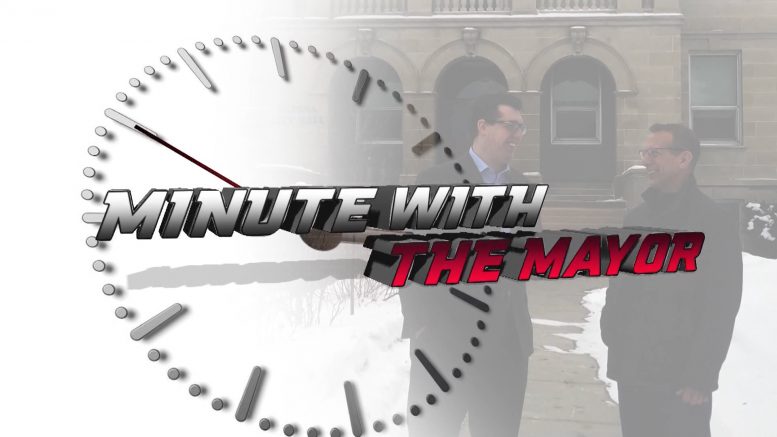 WBKB’s Mike Beiermeister and Alpena Mayor Matt Waligora briefly discuss economic development in Alpena. They recap some of the announcements and moves by City Council including a 9 year abatement for W.G. Benjey Inc. and vacant land/lots with potential for new business to move in.

Target Alpena Economic Development Director Jim Klarich has point out certain lots and land of particular interest for developers and new business. They are the old Alpena Power Company land, the old K Mart in the Township, and lots in Commerce Park. Other areas for opportunity is property west of Airport Road in the county. Read the full report (https://www.alpena.mi.us/Public%20Packet.pdf)

W.G. Benjey Inc. MEMORANDUM: Attached is a copy of the application filed by W.G. Benjey Inc, for an Industrial Facilities Exemption Certificate for new facility at 316-318 Cavanaugh Street. The project entails the construction of a new 10,800 square foot pre-engineered metal building for use as manufacturing space for a new product line. Real property costs are estimated at $1,067,000.00 (building and site improvements) with an additional $1,114,450 in personal property ((equipment), for a totalproject cost of $2,181,450.00. It is estimated that an additional twelve (12) new jobs will be created. This project qualifies for a 9-year abatement under the City’s rating system. The project ratingform is attached for your review. The proposed tax abatement would run from December 31, 2019 through December 30, 2028. All new industrial personal property is fully exempt from the 18 mil local school operating millage and the 6 mil State Education Tax under state law. In 2014, industrial personal property was exempted from taxation, and as it is exempt from taxation, it is no longer part of this abatement. The real property improvements will be taxed at one-half the full non-homestead tax rate (local+ school millage). It is estimated that the Exemption Certificate will result in an initial tax savings of approximately $13,500 annually on the real property. Also attached are the separate IFT and Monitoring Agreements to be signed by the company as part of the IFT Exemption Certificate approval. The IFT Agreement provides a means by which the City may request revocation of the Exemption Certificate by the State Tax Commission and may demand repayment of all or a portion of the abated taxes, if the commitments stipulated by the company in the application are not satisfied. Staff recommends support of the application based on the capital expenditure and job creation commitments by the company. The expansion of a local industry provides both short and long term benefits to the community.

Photo of the Day for Friday, February 22