As of Wednesday, more than 3 billion auto insurance refunds have been delivered to Michiganders thanks to Governor Whitmer’s leadership. Last year, Governor Gretchen Whitmer petitioned a $5 billion surplus be reimbursed to insured Michigan drivers.

The bipartisan auto insurance reform package was motioned in 2019, agreeing to issue $3 billion worth of refunds for drivers and keep $2 billion to secure sufficient funding for badly injured drivers.

“One of the things that always caused our rates to be the highest in the country is that we’re the only state that has unlimited medical on our auto policy,” said Robert Barrigar, owner of Robert Barrigar Agency.  “So if you’re hurt in an accident, it doesn’t matter if it’s $800 dollars or $80 billion dollars; the state of Michigan is hooked to pay for your expenses for the rest of your life.” 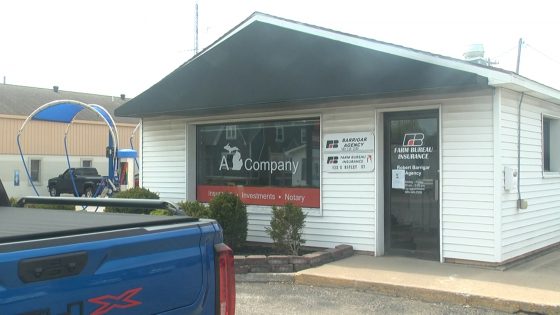 The effects of COVID-19 on the economic system played a significant role in the auto industry, creating a noticeable inflation. “I believe that with the cost of materials now, and the cost to rebuild things, the shortage of cars I do believe has gone up because it costs more to do anything now, so just like insurance everything has gone up,” said Stephanie Martin, employee at Robert Barrigar Agency.

According to Michigan Democrats, more than 7 million drivers have the luxury of customizing their coverage plan, which dramatically impacts what they pay. “A lot of our seniors – their auto insurance premium is the biggest bill they have, so it’s been needing to be done for a long time,” said Barrigar. “The problem is it’s not as band–aid that can be ripped off and the problem fixed, it’s a long term fix.”

To be eligible for a refund, Michiganders must own an insured car, motorcycle, or RV.