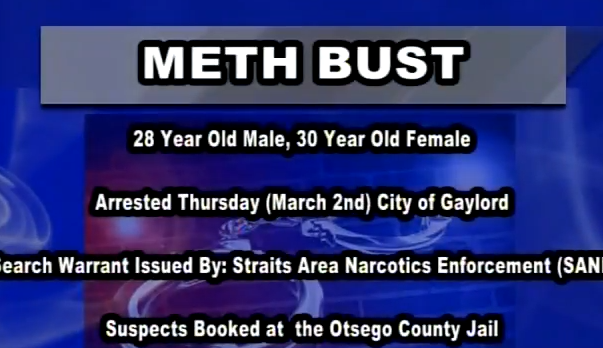 Two people were arrested in the city of Gaylord after a search warrant was issued by the Straits Area Narcotics Enforcement.

A 28-year-old male and a 30-year-old female, were arrested inside of a home in the city of Gaylord after a tip was received that met amphetamine was being manufactured.

Officers detained the meth and evidence related to the bust after searching the home. Sane along with the Gaylord City Police, the Otsego County Sheriff’s Office and the Michigan State Police 7th District Clandestine Lab Response Team were all on site.

The two suspects are currently being held at the Otsego county jail.

Wildcats spike out cancer and Gaylord