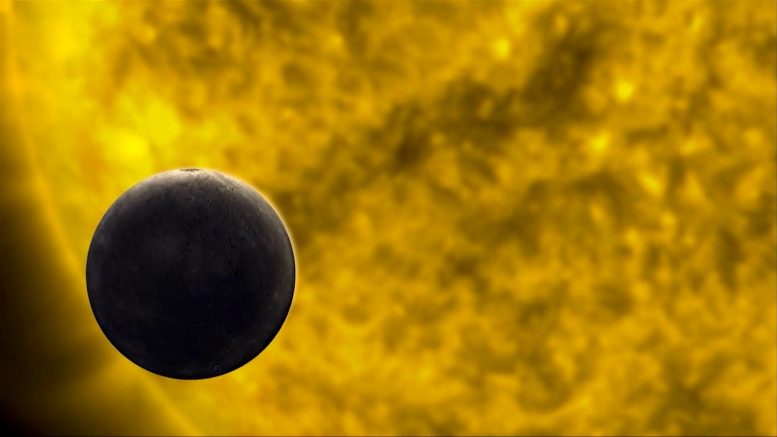 ALPENA, Mich. — This coming Monday you have the chance to witness an event that only happens once in a lifetime. Mercury will pass in front of and almost directly across the middle of the sun.

This event is called a transit. It’s the same thing as an eclipse, except instead of the moon covering the sun, its a planet. The last time it was this close was in 1973, and the next time won’t be until the year 2187.

This event is unable to be seen by the naked eye and special equipment is required. The Besser Museum is holding a free viewing party for anyone who wants to witness the transit, and they have special telescopes for people to use. “You won’t actually be able to see it,” said Planetarium Coordinator Johnathan Winckowski. “Mercury is just too small. However, if we have solar safe telescopes we’ll be able to see a small black dot slowly move across the surface of the sun. Kind of like a floating chocolate chip almost. It’s pretty cool.”

Only with the proper equipment can this transit be viewed. It’s important to note that looking directly at the sun is very dangerous and could lead to permanent eye damage. “The sun can cause permanent eye damage in only a second. Even more so, if you try to use binoculars or a telescope, I like to tell people it’s like taking a magnifying glass to an ant hill, except in this case the ant hill is going to be your eye,” said Winckowski.

Besser Museum is hosting the viewing party on Monday from 8 a.m. to 1 p.m.  It’s free for all who attend. There will be a video playing throughout the event inside the planetarium as well as solar safe telescopes for people to look through.

If the weather does not cooperate, a NASA live stream will be playing inside.