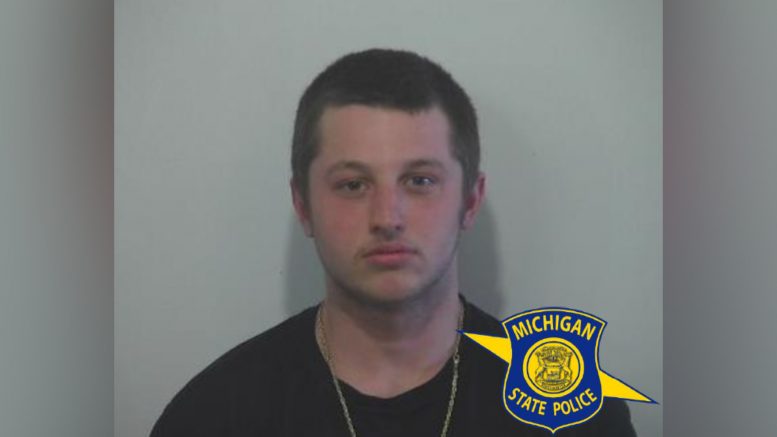 (Photo Courtesy/Michigan State Police) 18-year-old Damian Barton was charged with one count of crimes against nature/sodomy for performing sex acts on a dog.

Troopers were called to investigate a report that a man had been caught on video engaging in sex acts with the animal. The complainant reported that she was reviewing her home security video system when she saw the man, an associate of the family, performing the acts. Troopers spoke with witnesses and reviewed video.

They arrested 18-year-old Damian Barton of Alpena with one count of crime against nature or sodomy. He was arraigned on Monday in the 88th District Court.

Make and Take Artwork for Christmas

Wildcats spike out cancer and Gaylord