High temperatures Tuesday spanned nearly a 25 degree range from the shoreline in Presque Isle County to Mio. The high in Rogers City got up to 54 degrees, temperatures warmed to the upper 70s in Mio and Alpena was in the middle with a high of 63 degrees. Afternoon highs will set up similarly Wednesday, cooler at the shoreline with a light breeze from the east, and notably warmer closer to and west of M-33. 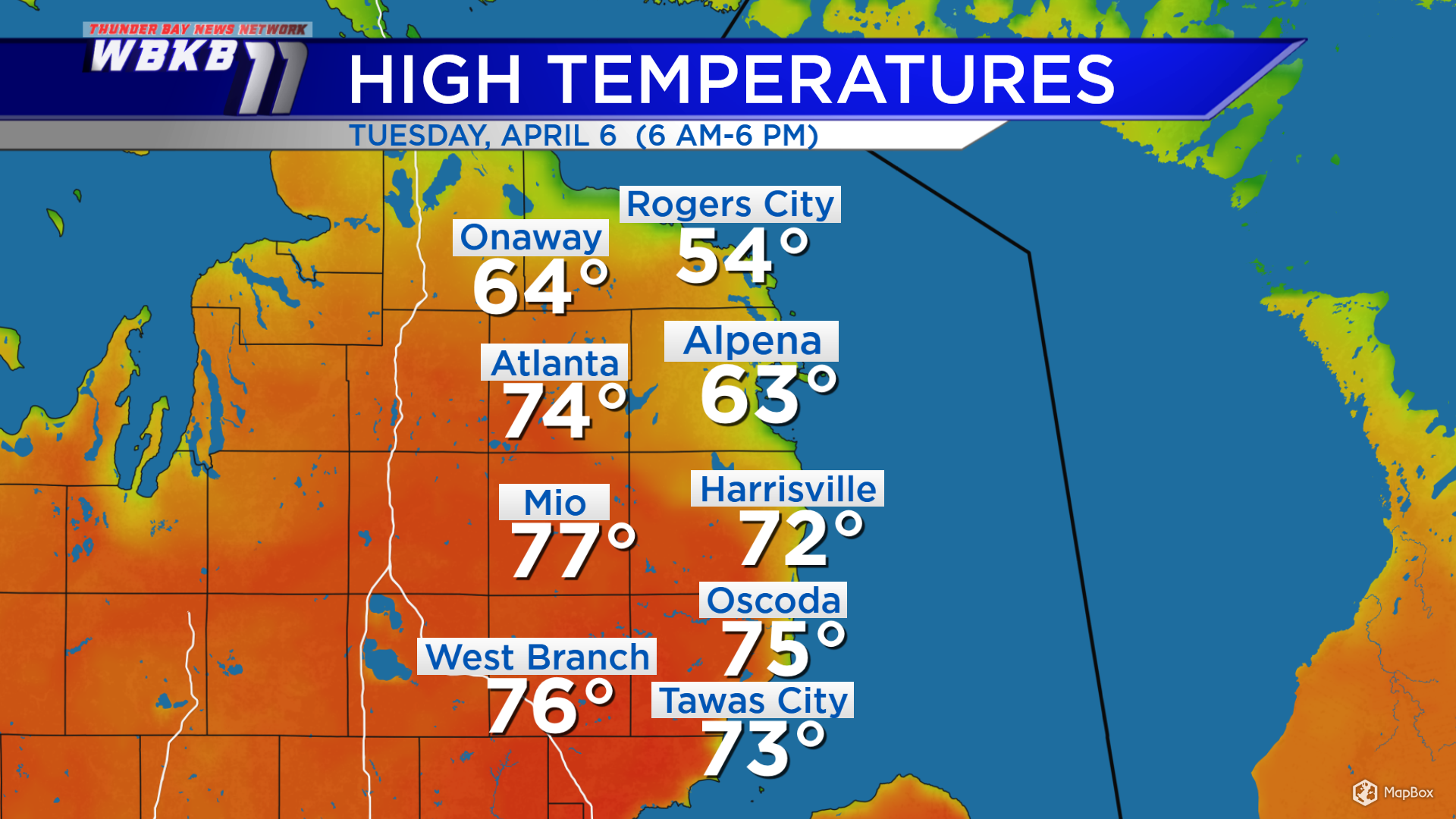 A few thunderstorms bubbled up south of Alpena Tuesday afternoon, those were short-lived and drifted toward the southeast into Lake Huron. There will be a small chance of showers early Wednesday. A low pressure system currently near the Kansas-Nebraska border will move toward the Great Lakes and bring more significant chances of rain to our area Thursday.

Any chance of showers Wednesday is looking small, but be aware of some patchy fog early. Thursday likely starts dry, then late-day Thursday the chance of rain will become more likely, continuing into Thursday night. Those increased chances of showers will continue through Friday morning and afternoon. 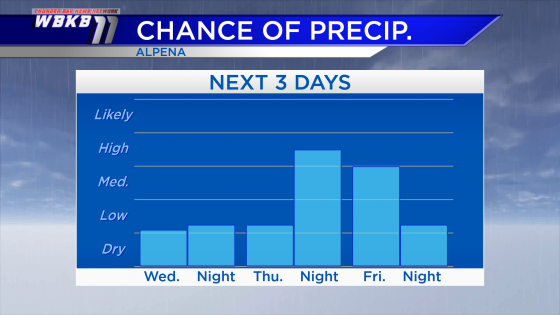 Friday: Showers during the morning and afternoon. Predawn lows will be near 47 degrees. Afternoon highs will get up to about 60 degrees. Evening temperatures will be in the middle/lower 50s. 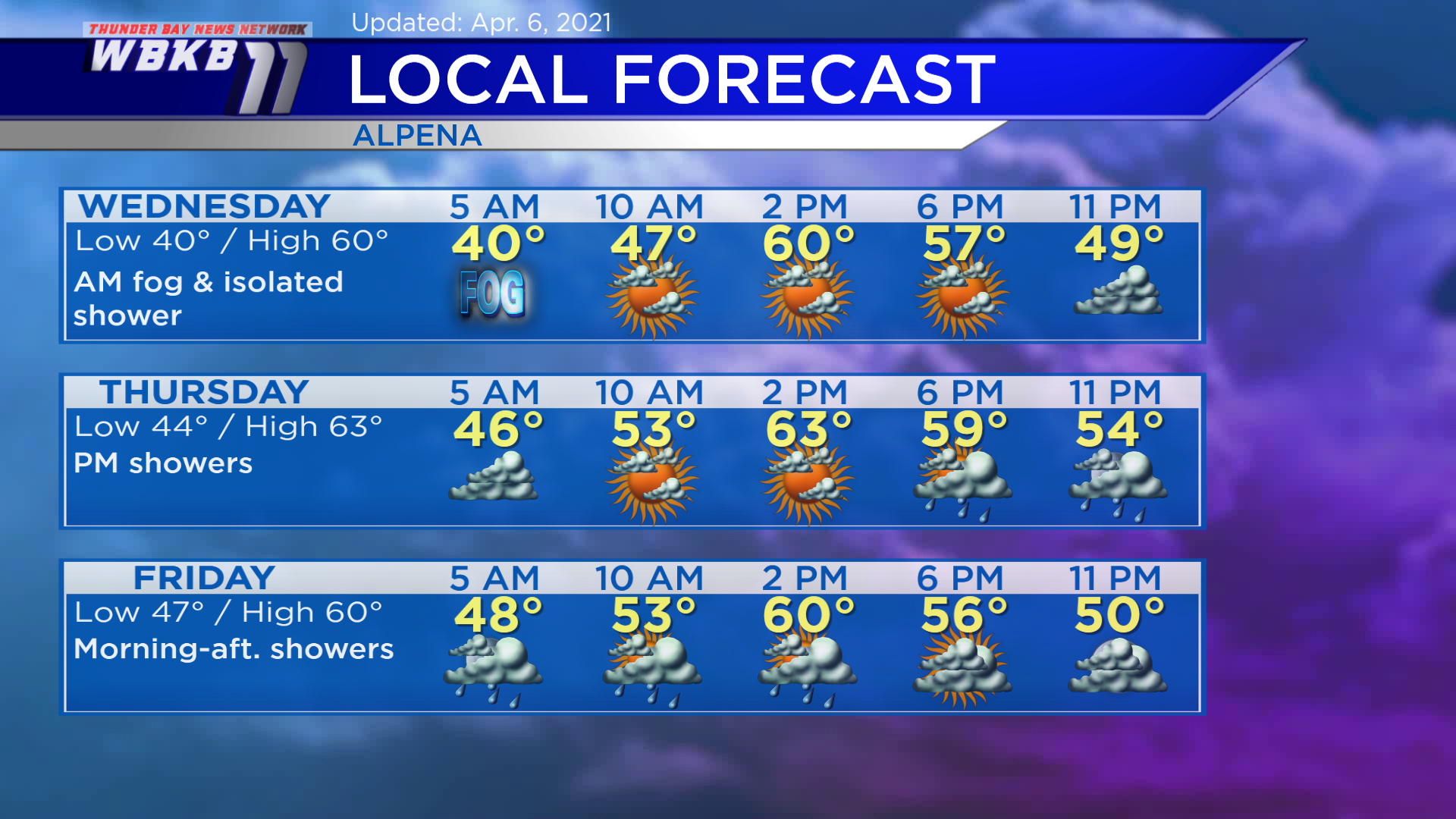