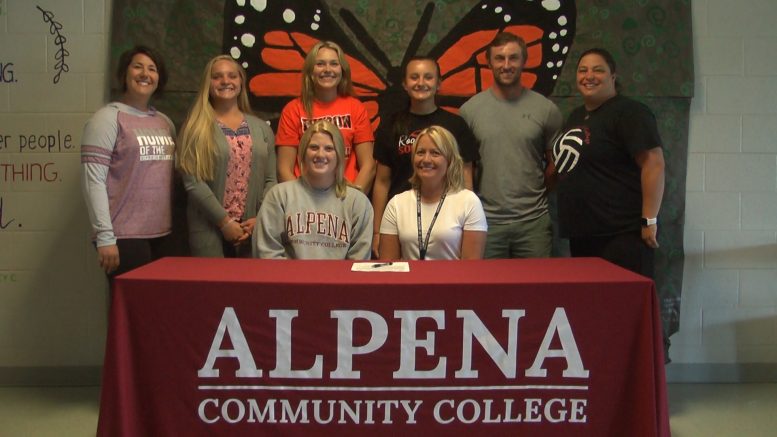 Catheryn Hart signs to play volleyball and softball at ACC.

During her senior year at bat, Hart hit a .320 average with 23 runs, 24 hits and one home run. For volleyball, Hart led the team with 72 ace serves. She also hit 141 kills and aggressive on the front line with 41 blocks. Hart loves playing both sports and is happy to keep her career alive.

“I’m actually really excited because I don’t have to pick a sport that I love the most,” said Hart. “I get to do them both. I like how high energy they both are and they are both super fun to be able to play.”

The former Huron will play under Volleyball Head Coach Sarah Parsons and Softball Head Coach Christin Sobeck. Hart plans on pursuing a career in nursing like her mom and sister.