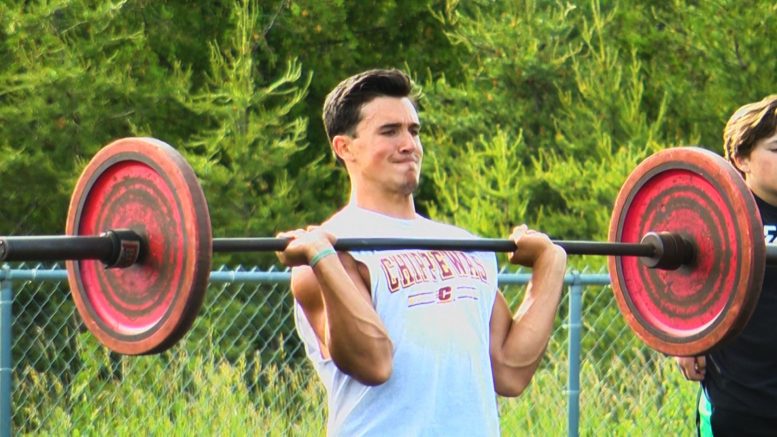 Alpena's Logan Guthrie works out hard during the off-season in preparation his Senior football season. (June 20, 2018)

Wildcat Senior Logan Guthrie acquired an offer to play Outside Linebacker for the Division I Chippewas, and based on his Junior season he put up strong numbers on defense.

The Wildcat contributed 62 total tackles, 9 for loss of yards, 44 solo tackles, 2 forced fumbles and one sack. On the offense Guthrie led the Big North Conference as the leading rusher in 2016 and 2017.

The 6-foot-one 220 pound Senior works hard during the off-season and Alpena Head Coach Aaron Sims appreciates that the most.

Guthrie held two Division II offers before receiving an offer from three-year CMU Head Coach John Bonamego. The linebacker feels comfortable with Central Michigan University and would like to compete for the Chips.

Wildcats basketball and ice hockey were honored by BNC

Roundball Roundup: Wildcats get back to their winning ways; Owls clobber Braves