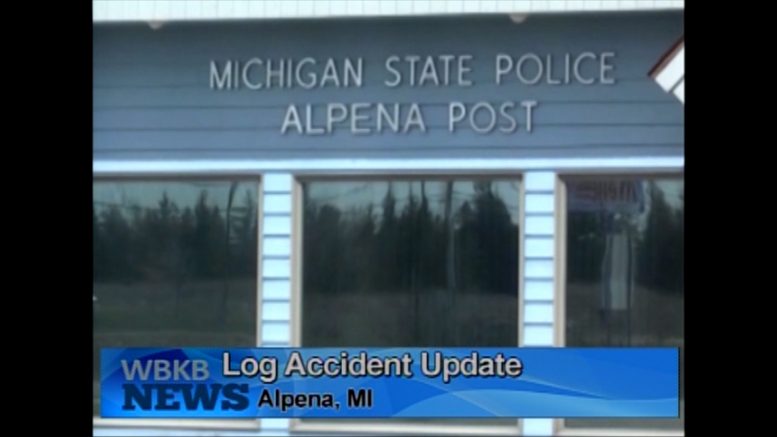 An update has been released on the accident involving a load of logs.

The incident took place last week at the intersection of M–32 and M–65. Michigan state police were called to the scene, where they found a 37-year-old Rogers city man operating the semi truck. The driver was an employee of Central Mulch, in Rogers city.

Through further investigation, trooper’s discovered that the man was driving under the influence. He was arrested at the scene for operating while intoxicated.

No other vehicles were involved, and no one was hurt in the incident.