The teams were split with Onaway in red and Rogers City, Posen and Au Gres-Sims teaming up in white at Central Michigan University’s Margo Jonker Stadium. Fleming made a huge impact on the field. Her first at bat landed deep to the right corner for an RBI double bringing home Sydney Duong from Kalamazoo Christian. Then, an error by the catcher at home plate brought Fleming home. The utility player helped out in the outfield as well as third base.

Onaway senior pitcher Calley Selke earned the nod as the starting pitcher for Team Red. She delivered a few strikeouts to the all-star players and produced good defensive stops. She was honored during the game as the MHSSCA’s D4 Ms. Softball runner-up for 2019. 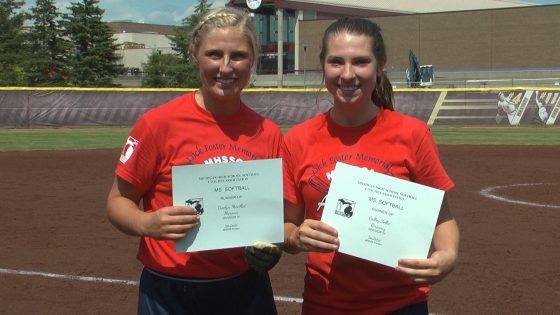