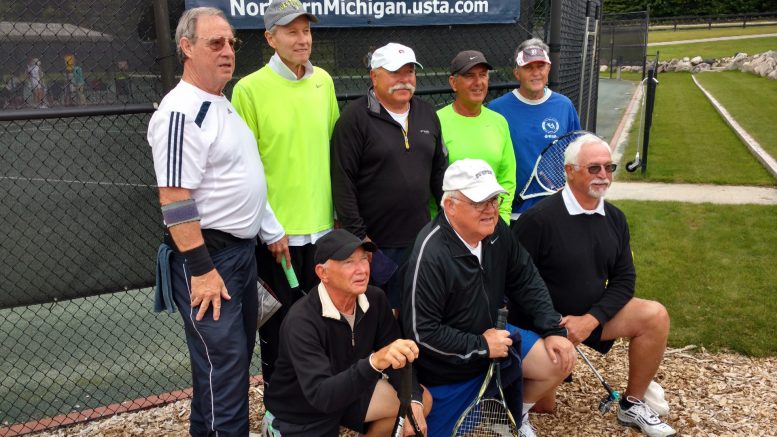 Alpena — 8 men from Northern Michigan will look to call themselves champions of the Midwest in October at the United States Tennis Associations 65+ Men’s Doubles Tournament down in Indianapolis.

The group has won the past six district championships, playing competition in Northern Michigan. Last year, they went to the Midwest Championship for the first time.

“There’s a spot above second that we’re looking forward to competing for this coming year and see if we can bring the championship back,” said Team North’s Donald Newport.

The guys all have years and years of experience back to when they were young. They’ve kept the same team for the past six district championships.

“It helps to have years under your belt, and we all have that obviously,” laughed Team North’s Gary Rasche.

The guys practice at the APlex throughout the year to gear up for competitions. They play in pairs. All 8 will participate in the upcoming tournament which features teams from all over the Midwest. For the guys, it’s a chance to keep competing, stay active, and have fun.

“It’s one of those sports where you can begin young and stay with it for a long, long time,” said Newport.