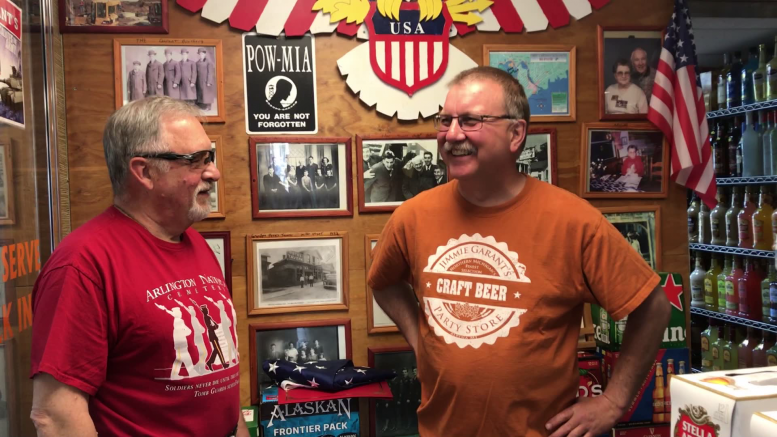 “When you meet someone you never know how you’re connected to them,” Ken Gembel said.

That’s true especially for some who live in Alpena, and in the state of Michigan, but for these two men you could say they are bothers. Although they share no related blood their fathers forever bonded them through World War II.

Their special bond all started when Gembel paid a visit to Jimmie Garant’s Party Store for his granddaughter’s fundraiser, ‘Coins for Cops.’ Gembel noticed a wall full of war history and learned that his father and Garant’s father shared identical uniform patches.

“Every time he came in we had more stories and as the stories went we got closer, because our fathers were that close during the war,” Garant said.

Learning their connection, Gembel reached out to the camp commanders office at Fort Riley, Kansas, the home of the First Infantry Division who were amazed by the story.

The division decided to send Gembel a gift for his friend, which led to this Memorial Day special delivery of a U.S. flag, a certificate, and another flag that represents the First Infantry Division.

“It was a great surprise and a great honor for my family and my dad and his family that served in WWII,” Garant said. It’s nice to see people out there community minded, and people minded to do something like this. It was very nice of him,” Garant added. So if you were wondering where Garant plans on placing his new certificate? “I’ll find a spot for it,” he finished.