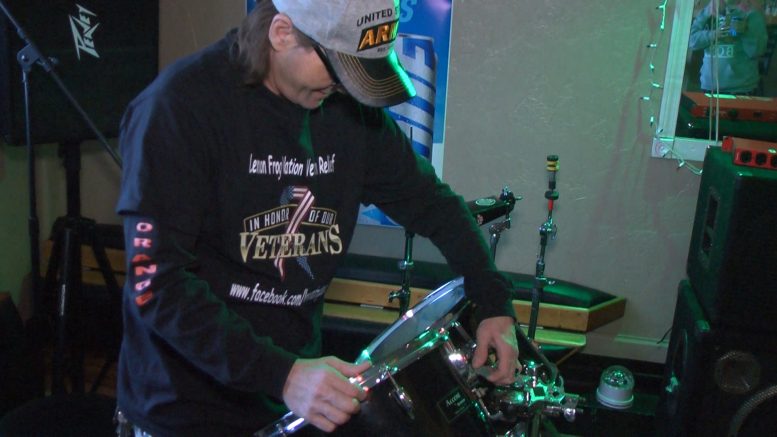 Alpena — Rock out with the band Lemon Frog this weekend as they look to raise money and goods for Veterans in need.

This is the third year the band has put on a few benefit concerts in honor of veterans. They will perform at Chief’s Bar & Grill and Joe’s Bar & Grill in Alpena to raise money for a local Veteran and his family who are homeless.

Donations of clothing, household items, basic necessities, and everything in between are also being accepted at performances. Those non-monetary donations will head down to the Aleda E. Lutz VA Clinic in Saginaw with the band where they will perform a free show for the Veterans.

“We’ve played for some other organizations and stuff like that, and we just didn’t really see the return that we thought the guys would see,” said Drummer Steve Obuch. “We wanted to try something out on our own, and I’m a Veteran myself, so it’s something close to me, so we started our own Lemon Frog Nations Relief, and it’s been doing really well. ”

The band will play a performance Friday night at Chief’s Bar & Grill in Alpena from 9:30 p.m. until 1:30 a.m. They will then perform at Joe’s Bar & Grill on Saturday at the same time. The veteran will be presented the money on Sunday afternoon at Joe’s. Lemon Frog heads down to the Saginaw VA the next week.

For more on the band, visit https://www.facebook.com/lemonfrogband/

Running with family at the Dork Brothers Independence Day 5K

Looking at emerging technology to analyze sinkholes and the Great Lakes