Today started with overcast skies following rainfall last night. In the early afternoon, the clouds pushed off to the east and skies became mostly sunny. High temperatures reached the mid-50s with winds out of the west about 10 mph. 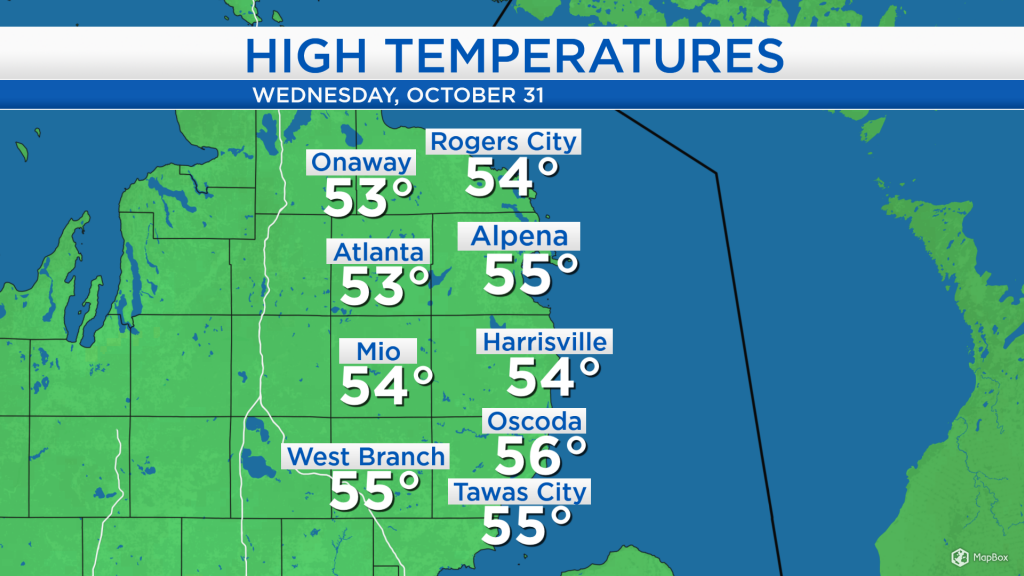 Dry weather is likely to continue across Northeast Michigan tomorrow through Saturday, although cloud cover will increase late tomorrow. An organizing low pressure system over Texas will move toward the northeast, into the Ohio Valley. The storm system over Texas is will likely not bring precipitation to Northeast Michigan. A separate storm system developing in the northwestern states will travel across the central Plains late in the week, then arrive here on Sunday, likely bringing rain to our area.

In yesterday’s weather article, two possibilities for the track of the storm system from Texas were shown. The western track would have brought rain to Northeast Michigan, while the eastern track would keep our area dry. In the map below, those two possible paths displayed yesterday are shown in the dashed gray lines. The latest forecast is for the storm system to follow path shown in blue, which is far enough to the east to keep precipitation chances minimal in our area. Only shoreline locations in southern Alcona, Iosco, and Arenac counties have a small chance of seeing a light shower or two on Friday; the system will travel in close enough proximity to bring overcast skies to Alpena. 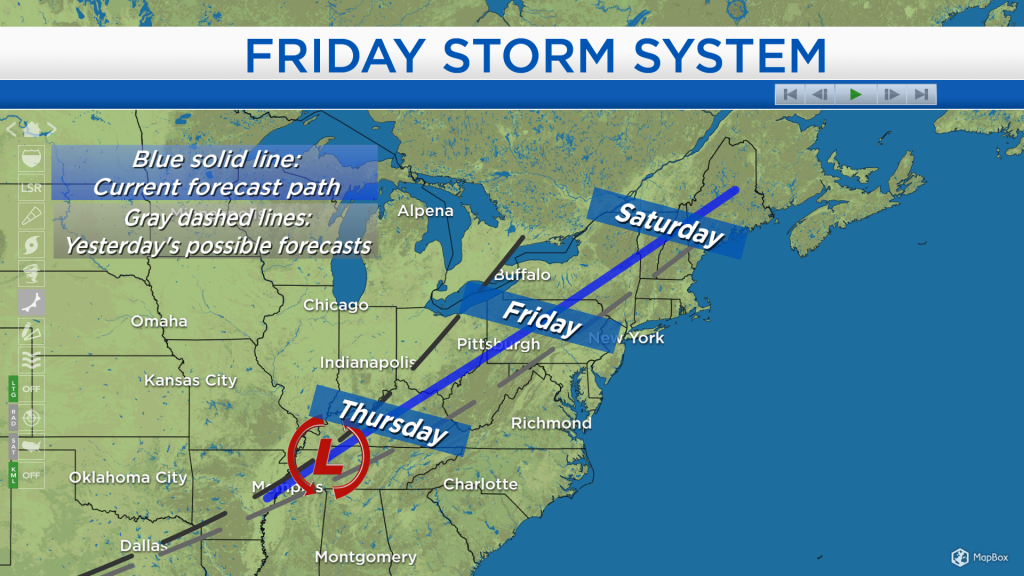 Tomorrow morning, temperatures will start in the lower and middle 30s under partly cloudy skies. Highs will reach the upper 40s with a mix of sun and clouds and light winds, only about 5 mph. Then clouds will increase by tomorrow evening. 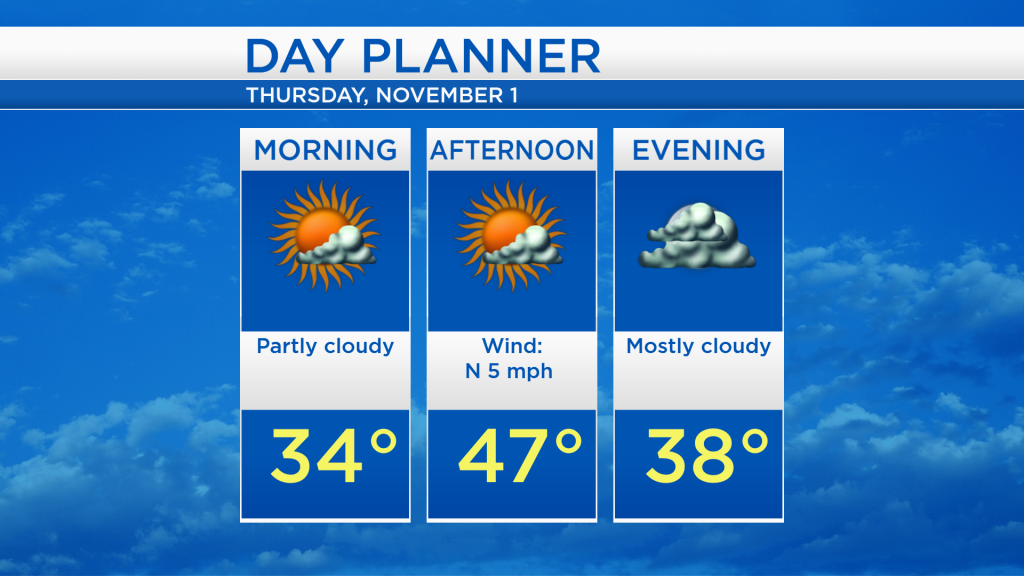 After a couple of mild days recently with highs in the lower and middle 50s observed Tuesday and Wednesday, colder temperatures will arrive for the end of the week. High temperatures will reach only the lower 40s on Friday and Saturday. On Sunday, rain chances become likely and unsettled weather remains in the forecast through early next week. For the rest of Northeast Michigan’s weather forecast, watch the latest weather video by clicking the weather tab at the top of the page. 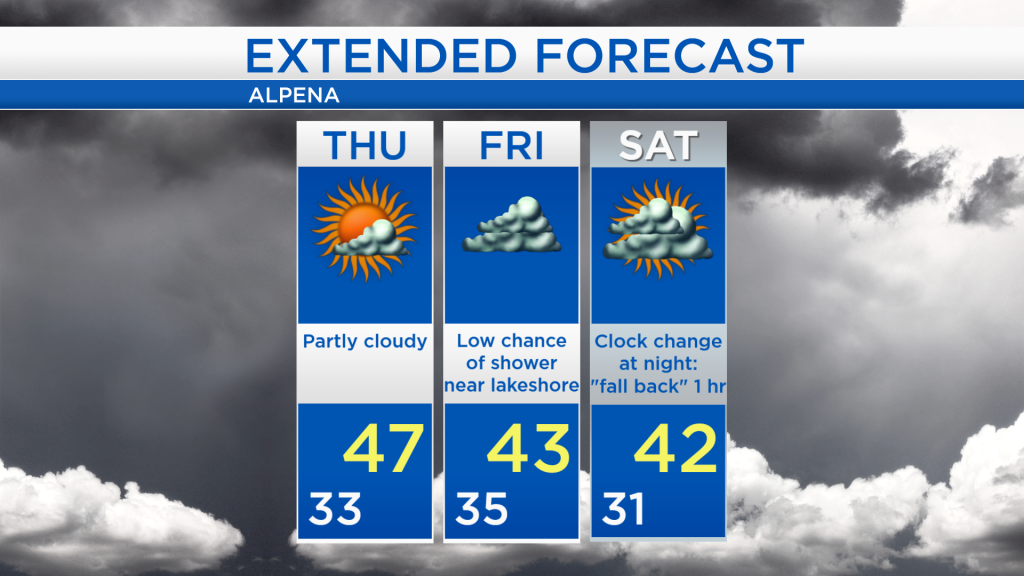