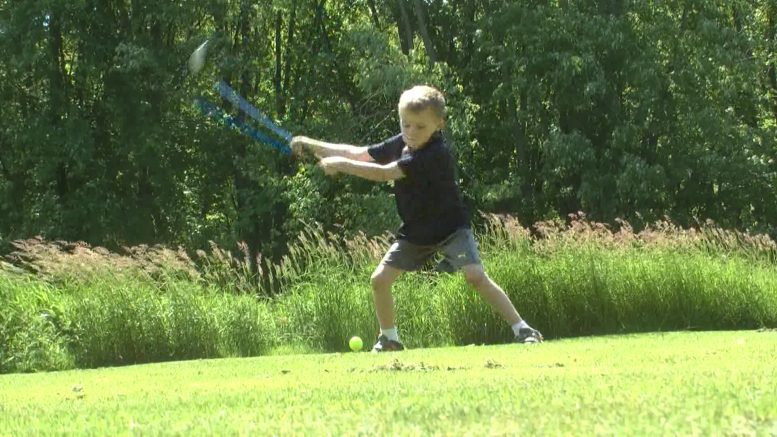 ALPENA, Mich. — It is never too early to teach a young athlete a new sport, and now golf enthusiasts have the chance to learn from a collegiate golfer in Northeast Michigan at the River’s Edge Golf Course.

Nothing beats learning from a former Alpena Wildcat and current Saginaw Valley State University golfer like Courtney Nunneley. The Cardinal comes home in between semester to help kids out in the River’s Edge Junior Program.

“A lot of the purpose is it gets families out together and they can go out with there friends,” said Nunneley. “It gets them off the couch during the summer.”

Nunneley started golfing when she was three-years-old. The SVSU golfer set multiple records at Alpena High School, as she was the first Wildcat to win Regionals.

During the summer, Nunneley is assisting kids with former PGA Professional Jerry McConnell.

“”It’s to get the golfers to start early,” said Nunneley. “When you start younger, it gets people out here even when they’re 80-years-old.”

Not only was she helping out the young golfers, but she also took time out of her day to help sports anchor Jake Vanderbroek with his short game. As Vanderbroek looks up to PGA golfer Dustin Johnson, one little golfer admires…

“My dad,” said student Tucker. “Because he does the golf stuff. Haha!”

The one thing that is so important to the game is finishing the green.