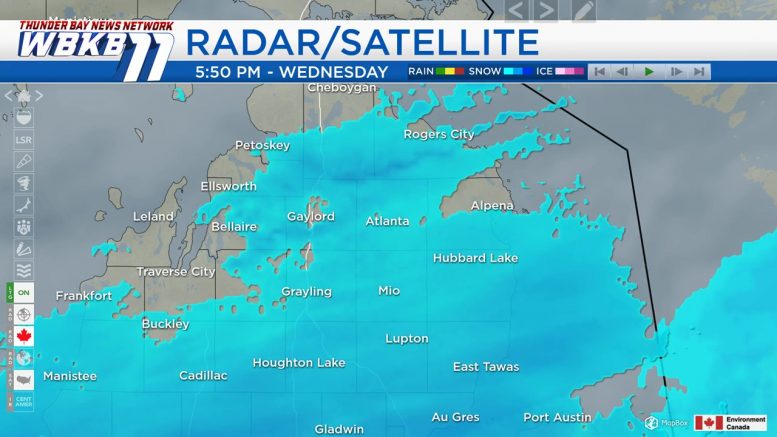 A weak storm system that came from the Upper Plains brought widespread snow showers this afternoon and evening. This disturbance will be going to the east, and most snow showers will taper later tonight. Tomorrow, winds from the northwest will generate lake effect snow showers off of Lake Huron and Lake Michigan. 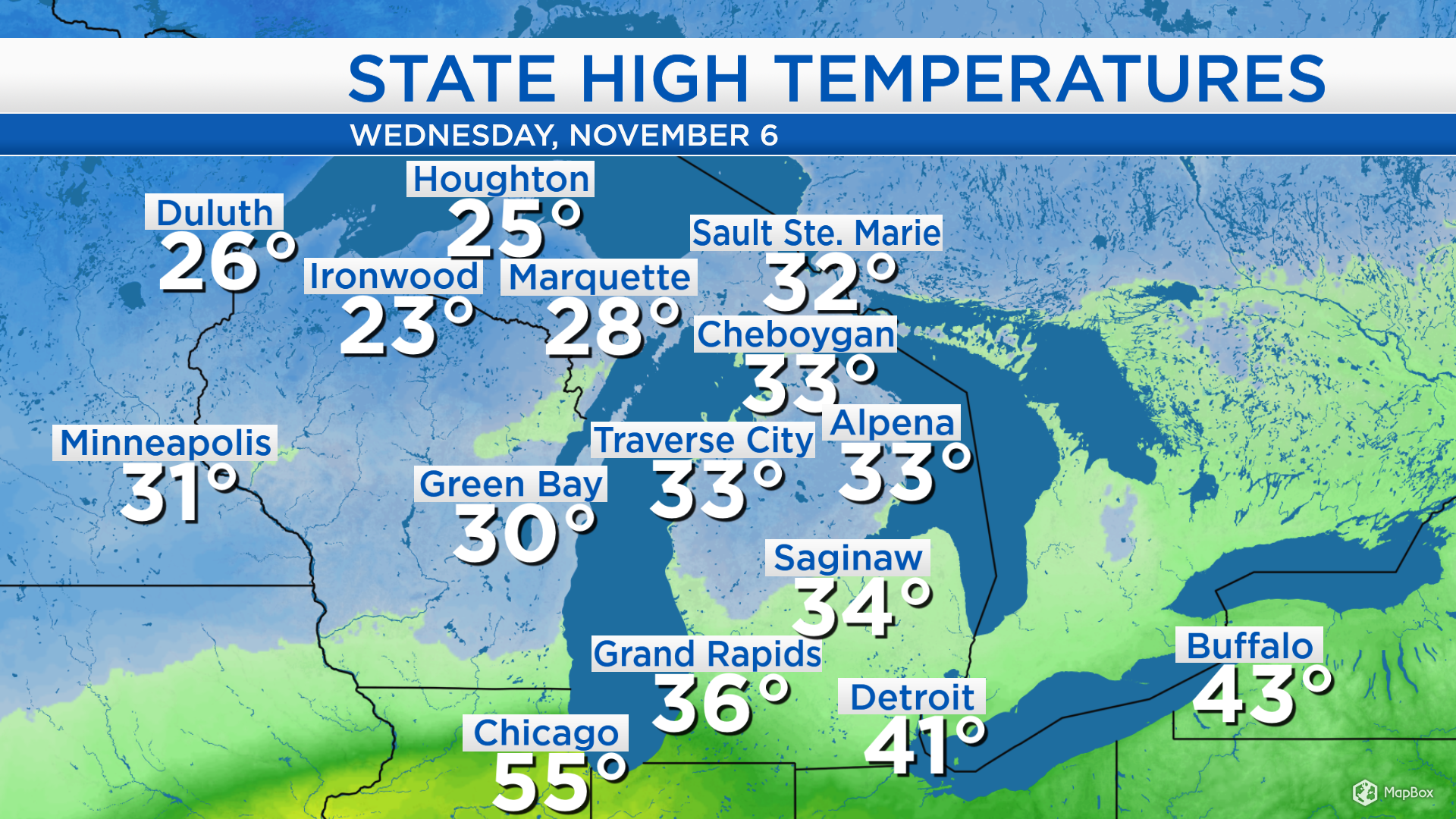 Low temperatures tonight will cool to the lower 20s, and for many places, mostly cloudy skies are expected. The chance of lake effect snow showers will increase tomorrow afternoon and evening. High temperatures will reach about 32 degrees and winds will come from the northwest, about 10 mph. 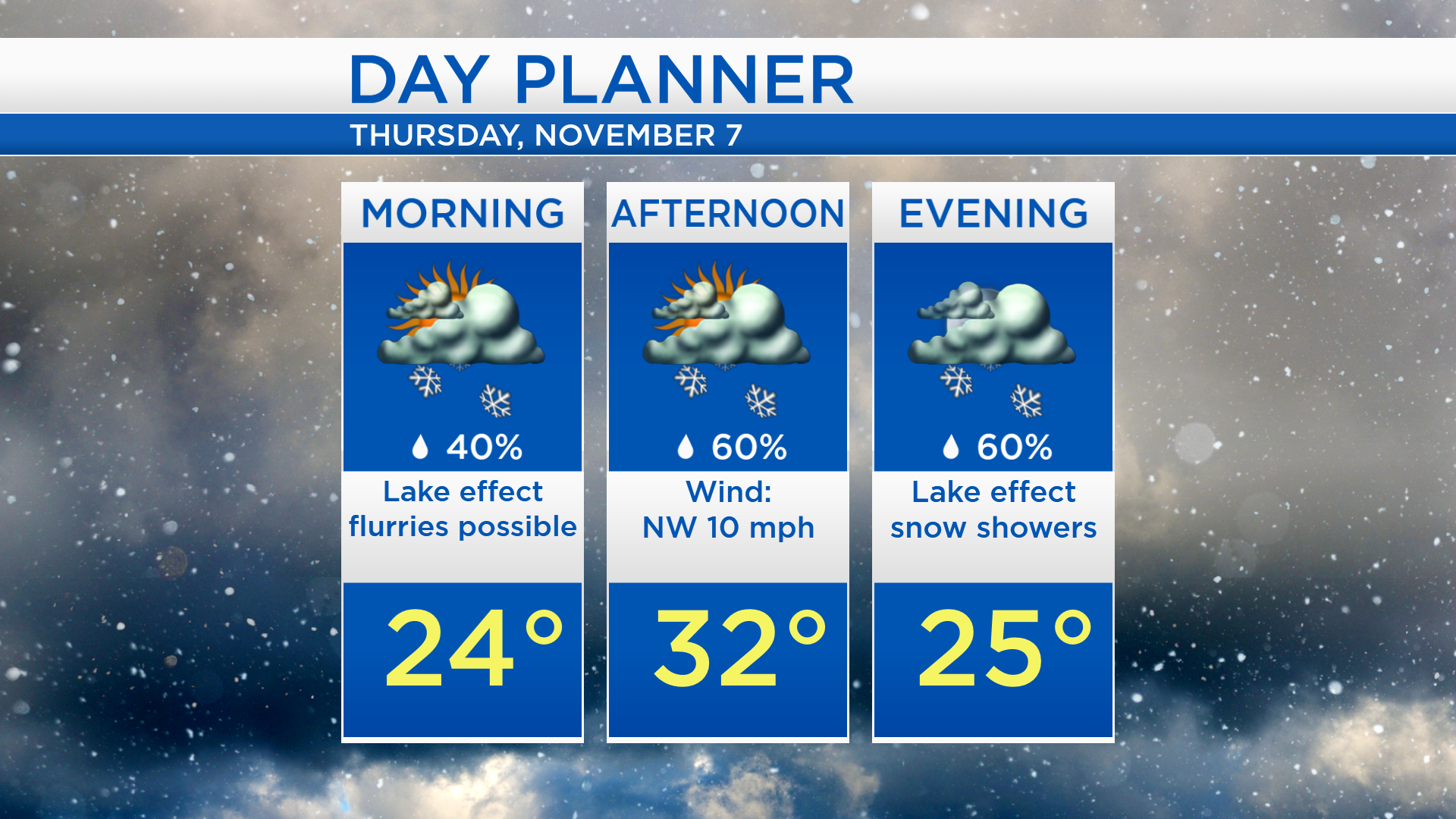 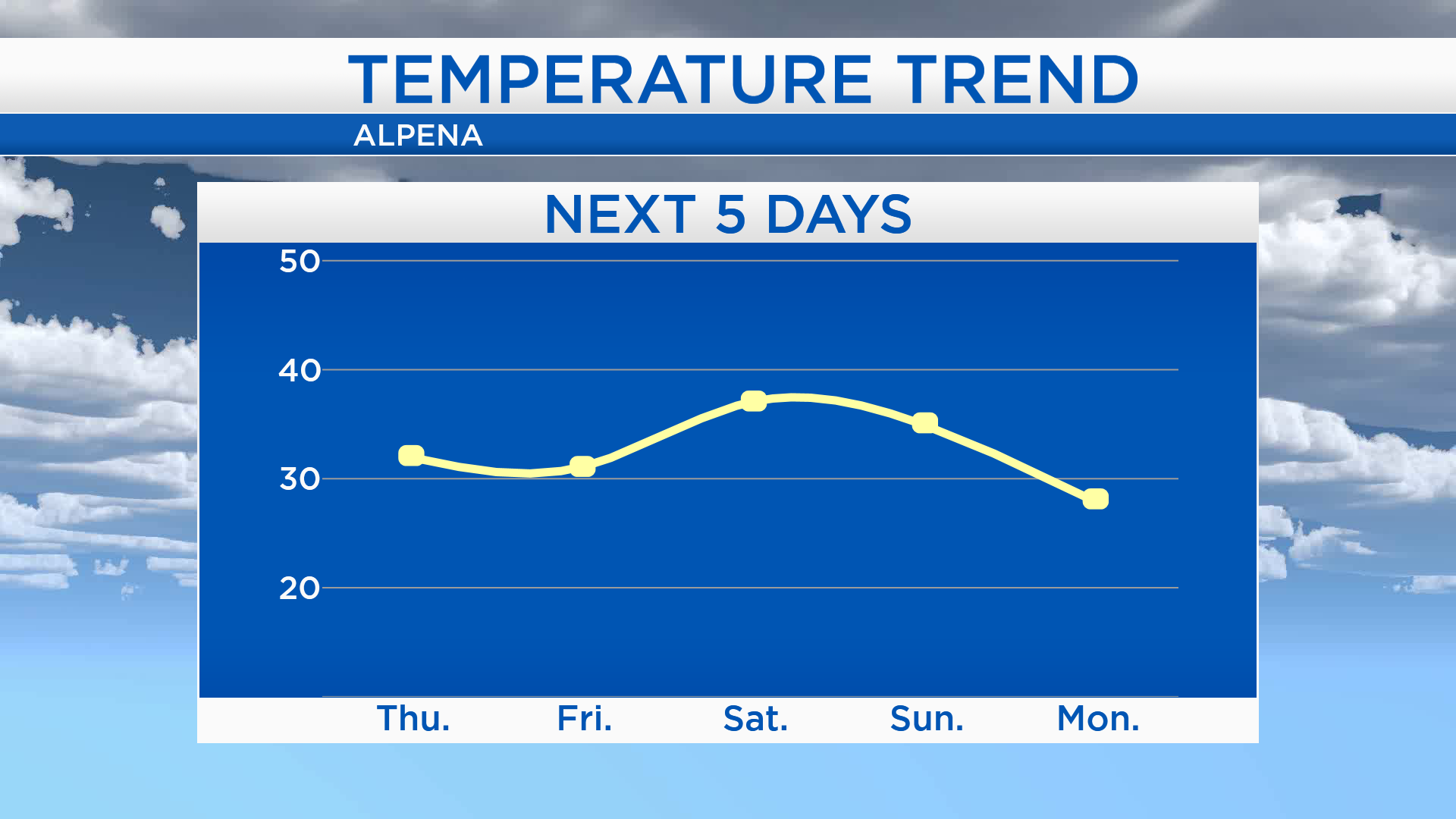 Snow showers are expected at times tomorrow afternoon and evening with highs in the lower 30s. Low temperatures will drop to the upper teens early Friday. Drier weather is expected Friday with mostly cloudy skies and highs in the lower 30s. A few flurries or light mixed precipitation are possible on Saturday amounting to very little. A storm system originating in western Canada will bring a more likely chance of snow showers on Sunday. For the rest of Northeast Michigan’s weather forecast, watch the latest weather video by clicking the weather tab at the top of the page. 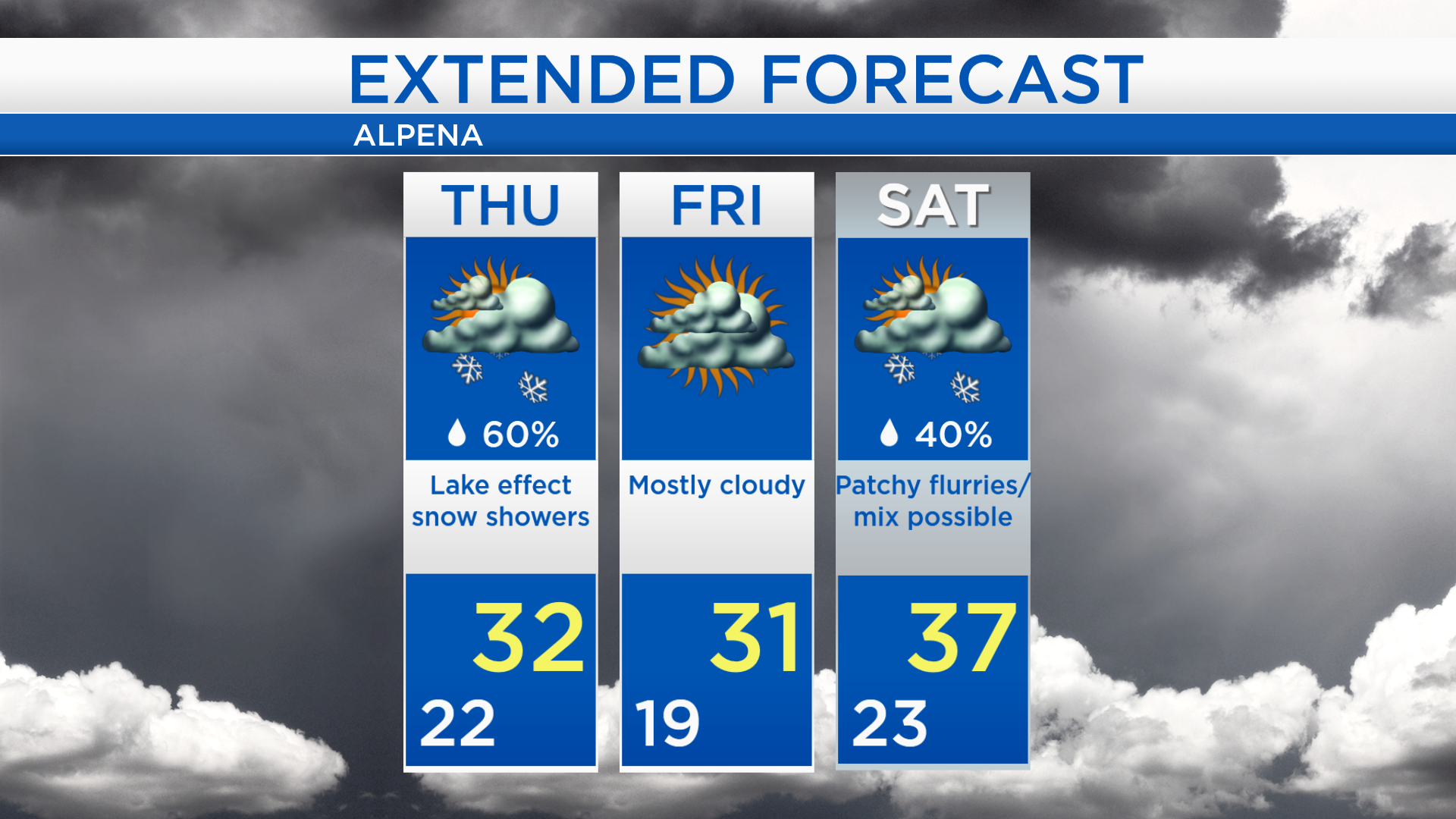