High temperatures today reached 39 degrees midday, and temperatures are gradually falling this evening. Notice the colder air over northern Minnesota, Duluth only reached 27 degrees today, and that air mass is coming to Northern Michigan. A cold front will cross through our area tonight, causing winds to pick up out of the northwest which will bring in colder temperatures. 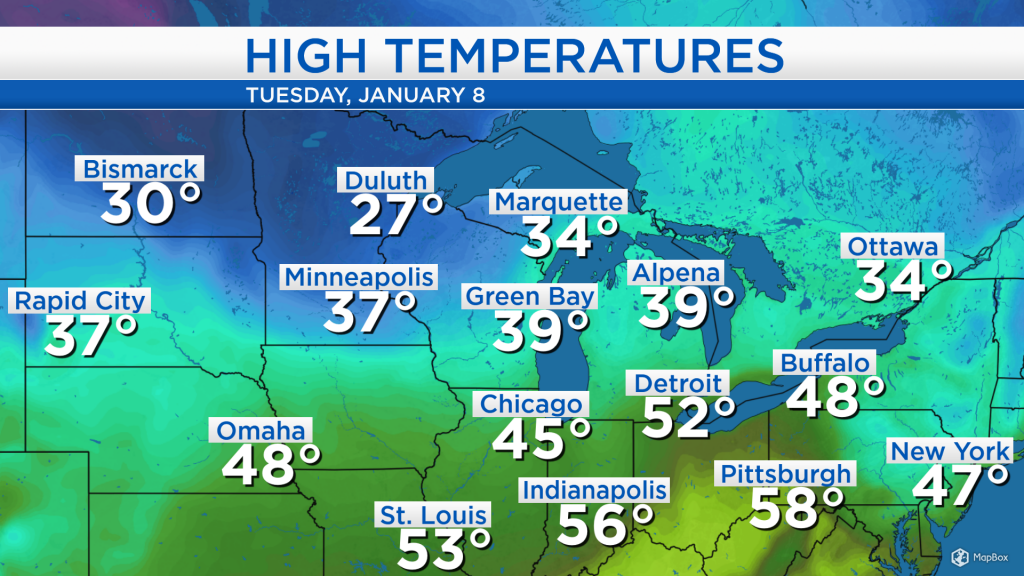 We are already seeing some scattered rain showers changing to scattered snow showers just ahead of that cold front, which will continue in Northeast Michigan through the rest of this evening. After the cold front passes through, lake effect snow off of Lake Michigan will intensify, although the heaviest amounts are forecast near and west of I-75.

Low temperatures will drop to around 23 degrees by daybreak early tomorrow. Then lake effect snow is forecast through the day, although much lighter amounts of snow (less than 1 inch), are expected for areas close to Lake Huron. High temperatures will only reach the upper 20s and wind speeds will increase to 15-20 mph. 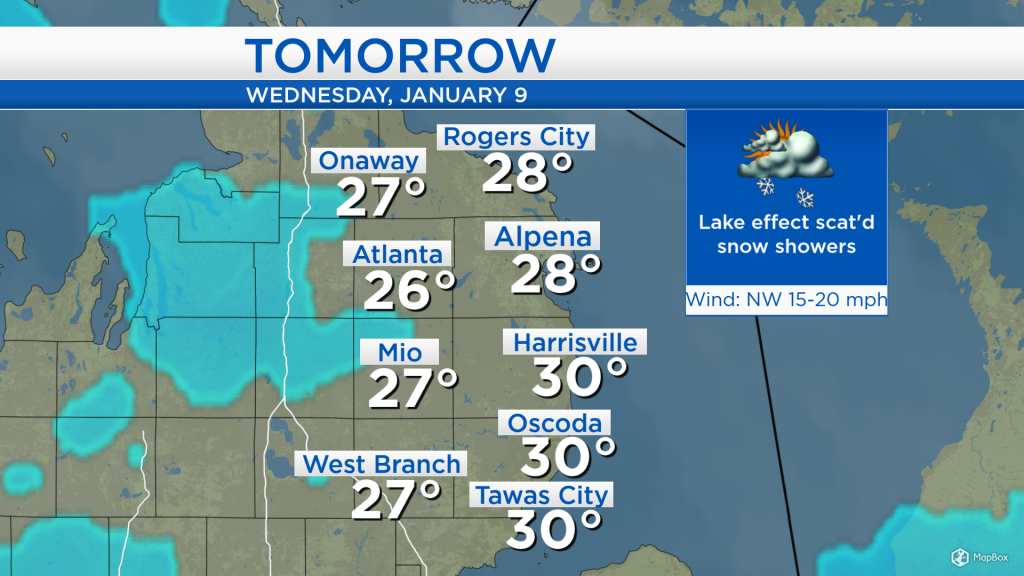 The areas shaded in yellow are expected to get 3-6 inches of snow tonight through tomorrow night, extending from Gaylord to Cadillac. 1-3 inches of snow are forecast for western Presque Isle, Montmorency, Oscoda, and Ogemaw counties, shown by the blue shading. Overall, any impacts from lake effect snow tomorrow should be light and mostly insignificant in Northeast Michigan. 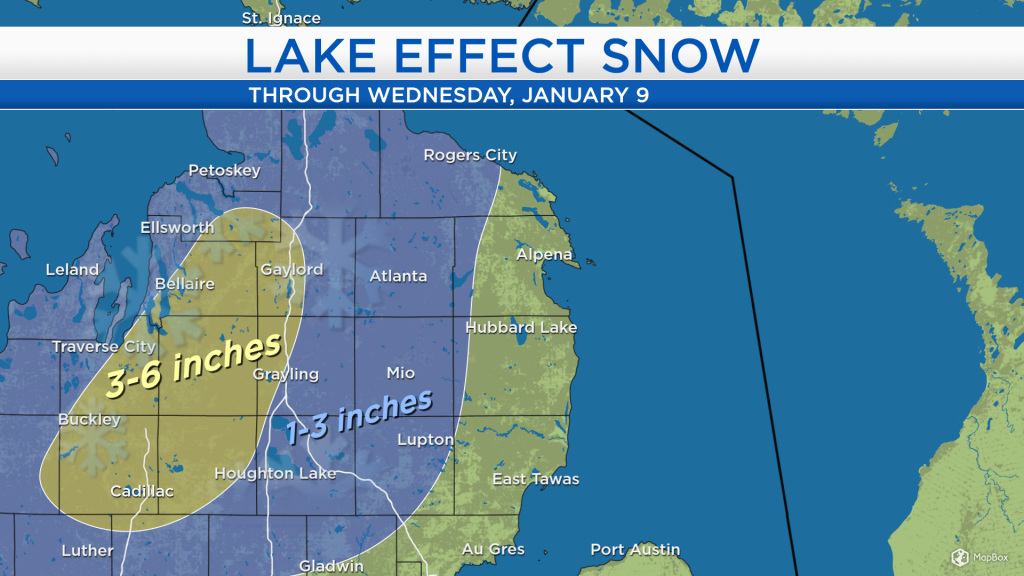 After some lake effect snow showers and cool temperatures on Wednesday, it will get even colder on Thursday. Thursday should be mostly dry, early-morning temperatures starting around 12 degrees, and highs only reaching 18 degrees in the afternoon. The coldest temperature of this week’s forecast is for Friday morning, around 5 degrees. On Friday, highs should get close to 20 degrees with mostly cloudy skies. Going into the weekend, temperatures will rebound to the mid-20s with a chance of snow showers on Saturday. For the rest of Northeast Michigan’s weather forecast, watch the latest weather video by clicking the weather tab at the top of the page. 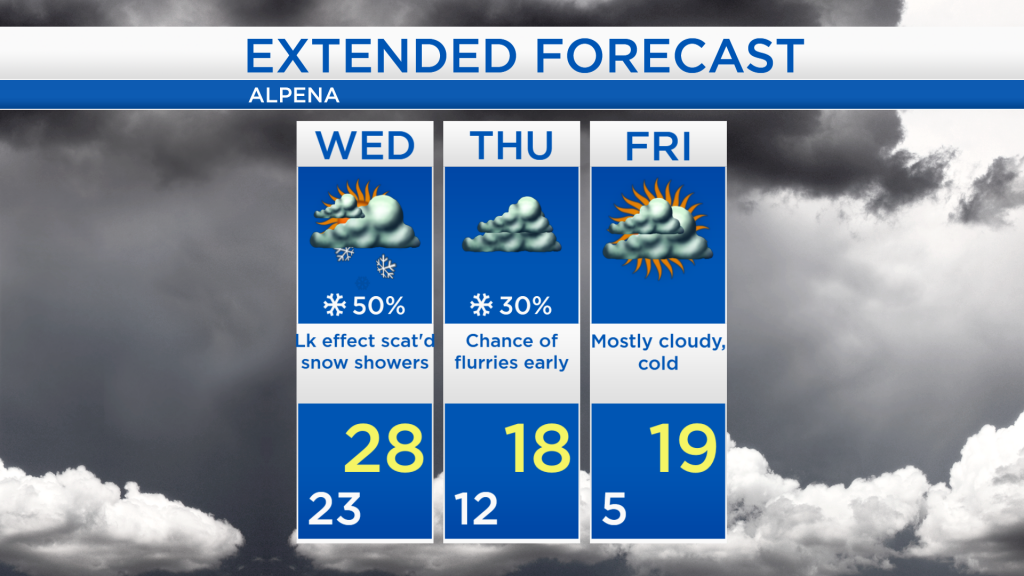