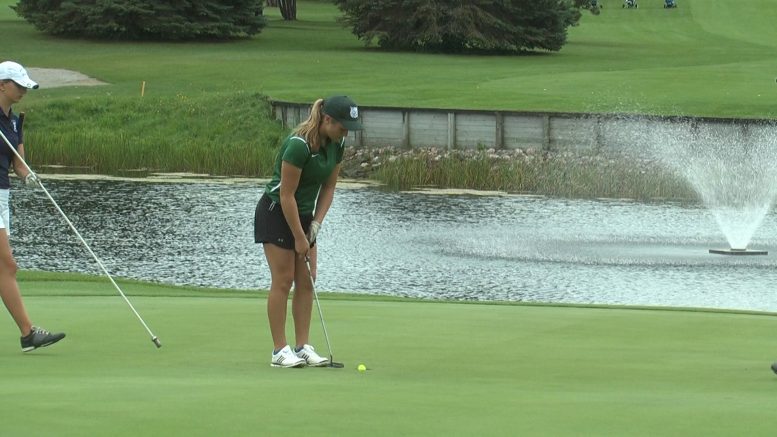 Alpena — The Lady Wildcats hosted their only high school golf tournament of the season. Traverse City West, Traverse City Central, Petoskey and Cheboygan were in attendance.

Senior Brynna Smith led the Wildcats with a score of 107. Kennedy Ellis shot 110, followed by Gianna Bolda at 123 and Gwen Kollien at 128. Smith sees potential, but knows there’s room for improvement before regionals.

“I was able to save myself in the last few holes, but my first few holes were pretty rough,” said Smith. “It wasn’t my worst day.”

Alpena will compete in five more tournament before regionals in October where it’s the last chance for Smith.

“Once it’s our last season we definitely would give everything to go back out there one more time, so unfortunately it’s my last year but I’m going to give it my all and hope it goes well.”

Photo of the Day for Thursday, January 17