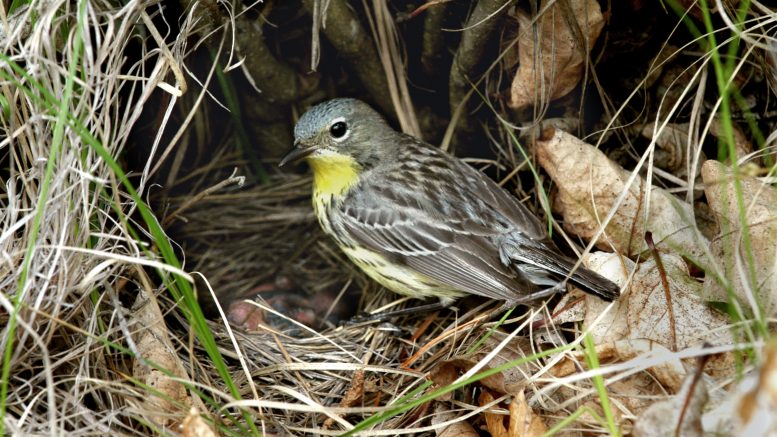 ALPENA, Mich. — The rare northern Michigan bird Kirtland’s warbler is now eligible to be taken off the endangered species list.

The Kirtland’s warbler was one of the first species ever placed on the endangered species list. They require a very specific habitat for breeding, which historically, was created by large wildfires. Reducing forest fires was saving property and other wildlife areas, but at the same time, it was actually hurting this bird’s habitat. Conservation activists needed to create those habitats a different way.

“We do that through cutting mature trees and then replanting them,” said Dan Kennedy, endangered species coordinator with the Michigan DNR. “Those young trees have their branches that touch close to the ground, and the Kirtland’s warbler nests close to where those branches are on the ground and in the vegetation.”

The Kirtland’s warbler was added to the endangered species list in 1973, but now it is set to be removed on November 8. Kennedy said this is a huge success for Michigan’s conservation efforts. “This is a tremendous collaborative success story. There are a lot of partners that have been engaged since the beginning. From the U.S. Fish and Wildlife Service, the U.S. Forest Service, numerous NGOs, and the timber industry have all been working together for around 40 years to ensure that we got to where we are today.”