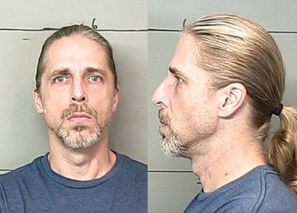 A 49–year–old Harrisville man charged with multiple felonies is on the loose after failing to appear for two separate court dates for his sentencing. John Clifford Tesmer is charged with several felony crimes in Alcona County, and after eluding his sentencing was ordered to be put on a tether, a GPS system used to monitor his location. On October 9th, the tether showed the man located just south of Standish. This was the last known location of Tesmer. It was also learned that the 49–year–old purchased a motor home just before October 10th, and investigators believe him to be with his wife Sherry Tesmer.

The Alcona County Sheriff’s Office is seeking your help in locating the wanted man. Anyone with information on his whereabouts is asked to contact the office at 989–724–6271.