A high pressure system is drifting off to the east, currently located over Upstate New York. That high pressures system brought sunny skies Wednesday. Now that’s moving east of our area, we’re finally starting to get some warmer temperatures building in. Notice the moisture to our west — in fact, wintry weather extends from Minnesota to the coast of the Gulf of Mexico! Increasing moisture plus east winds off of Lake Huron will contribute to a chance of flurries Thursday.

High temperatures Thursday will reach about 26 degrees, then near 27 degrees Friday. A warming trend will take us through the weekend and into early next week. Winds will pick up out of the south Sunday, helping out that upward trend. For both Saturday and Sunday, highs will climb to about 29 degrees. Early next week, highs will likely warm to the middle and upper 30s. 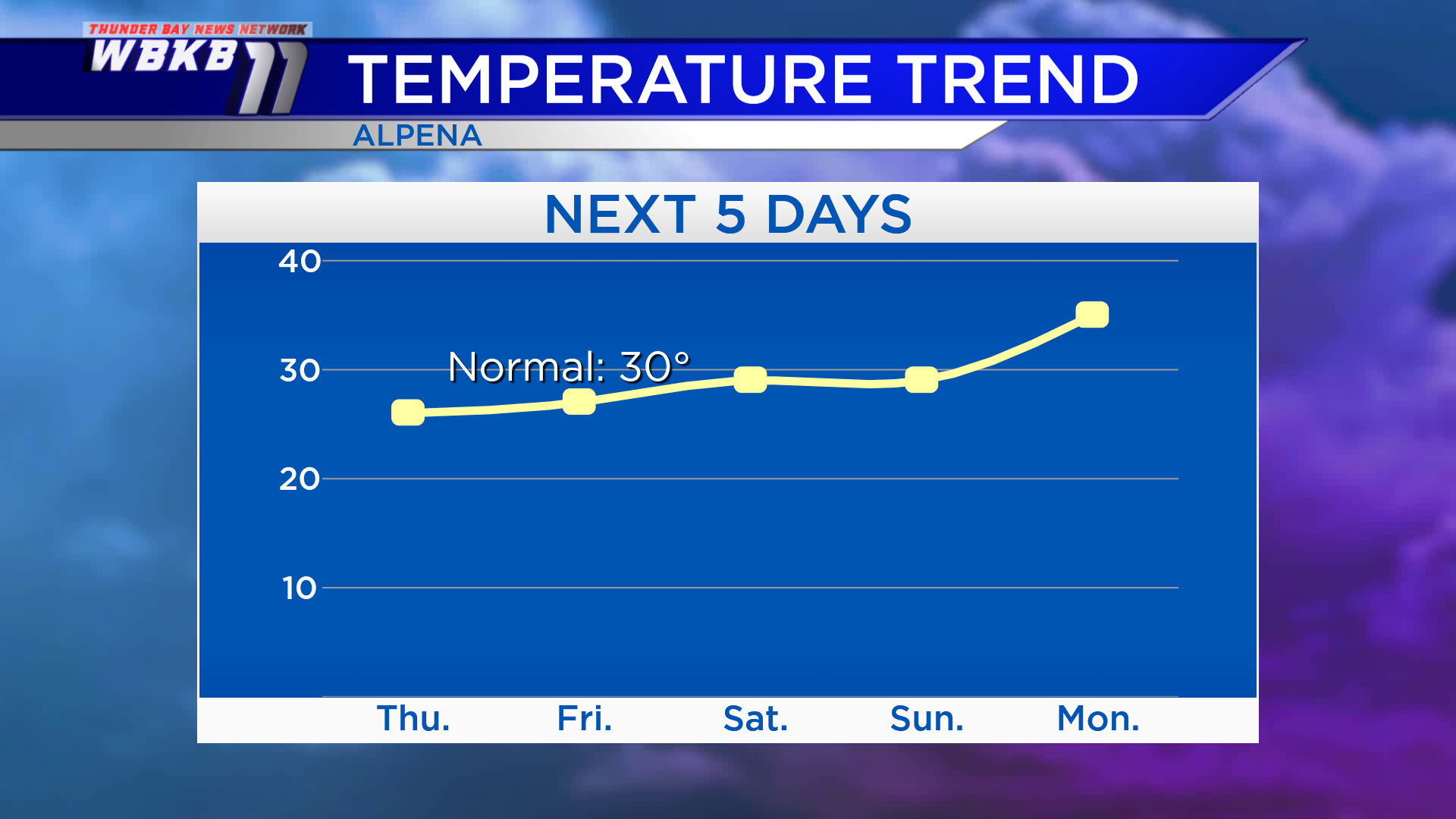 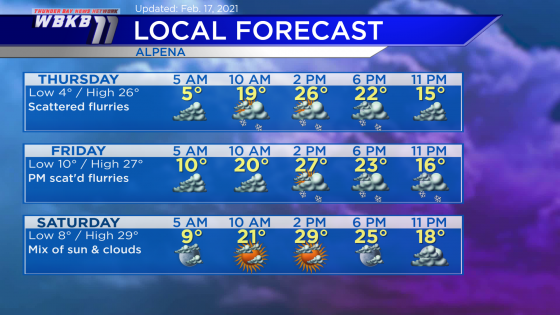 Light snow will likely move in Sunday afternoon/evening. For the rest of Northeast Michigan’s weather forecast, watch the latest weather video by clicking the weather tab at the top of the page.