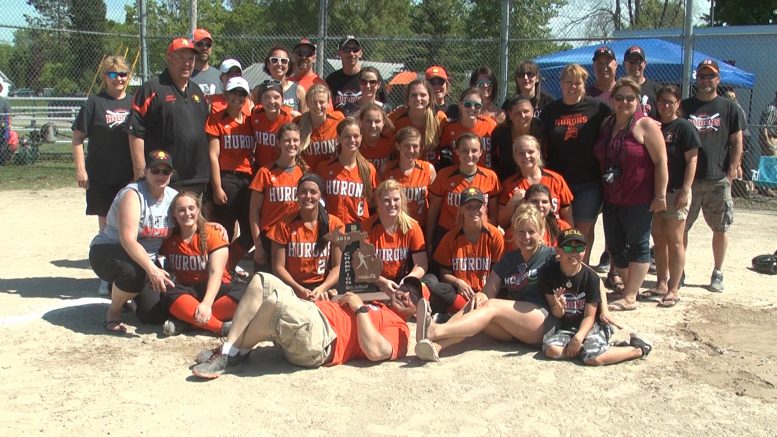 EAST JORDAN, Mich. — The Rogers City Hurons won their fourth consecutive regional title after taking down Presque Isle County rival Onaway. The game started out as a pitchers’ duel between Rogers City junior Kyrsten Altman and Onaway senior Cailey Selke. With help from the defense, the scoreboard wasn’t changed until the top of the fourth when Huron junior Brooke Saile hit her first career home run. The two-run dinger gave Rogers City momentum and the bats started to get hot.

Hurons’ Amanda Wirgau, Altman, Jeffra Dittmar, and Alissa Bowden added an RBI each to help give Rogers City the 7-0 victory over the Cardinals. Altman dished out two strikeouts and Onaway’s Selke punched out eight batters. Strong effort by Selke, but that could not slow down the momentum once Saile hammered the ball.

“It was crazy. I honestly didn’t expect it at all,” said Saile. “I though it was just a regular hit, and all of a sudden I heard my coach saying it’s over, it’s over. I just started breaking down crying. My grandma passed away yesterday. That was for her.”

The Hurons also took down St. Ignace in the regional semifinal 6-1 where Catheryn Hart threw seven strikeouts. Up next, Rogers City faces Rudyard in the state quarterfinal on Tuesday, June 11th at 2 p.m. in Petoskey.

Lady Owls Win Big Over Lady Huskies In Both Contests