High temperatures today reached 85 degrees in Alpena, 89 degrees in Chicago and 84 degrees in Minneapolis. A cold front is slowly moving through Minnesota and Iowa. Farther west, behind the cold front, temperatures are much cooler. Today’s highs were 73 degrees in Bismarck and 72 degrees in Rapid City. That cooler air mass will eventually arrive in the middle of next week. 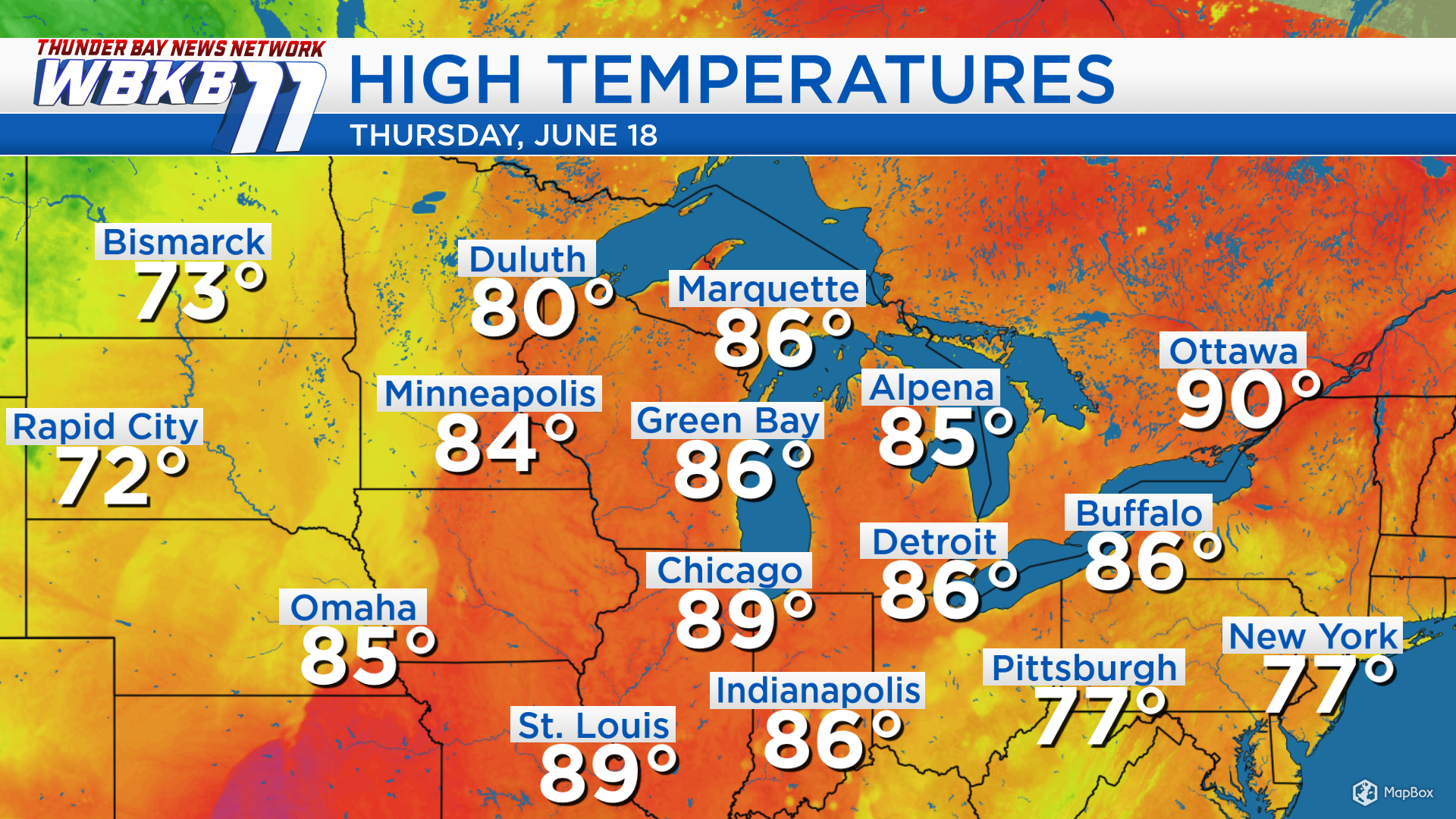 Highs Friday afternoon will be near 80 degrees at the Lake Huron shoreline and near 90 degrees along M-33. Alpena will get up to 88 degrees away from the immediate shoreline. Although temperatures will not be as hot over the weekend, high humidity levels will still remain in Northeast Michigan. 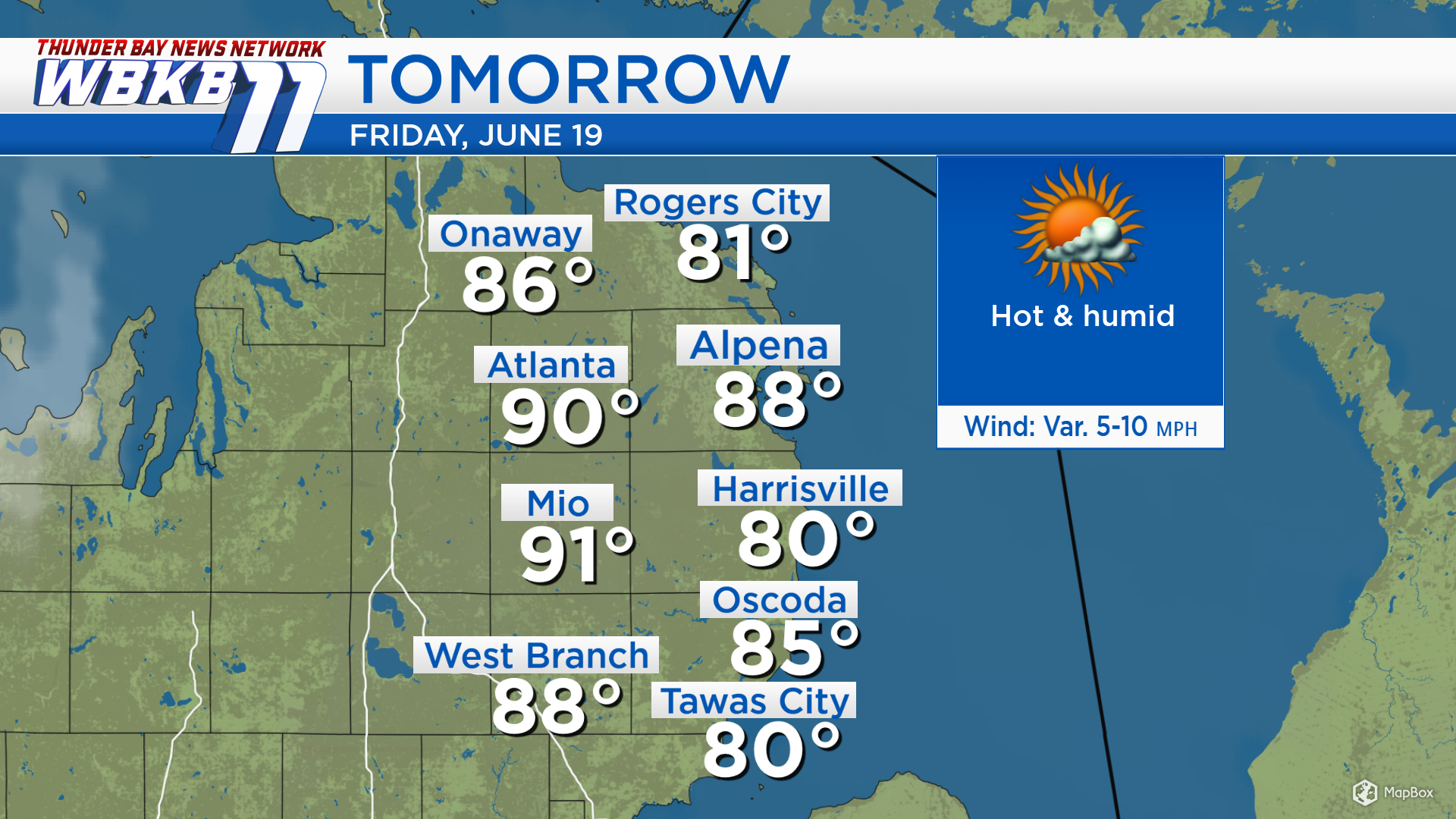 Friday: Hot and humid, becoming partly cloudy. Predawn lows will be around 56 degrees. By 10 a.m., temperatures will be getting close to 80 degrees. Afternoon highs will heat up to 88 degrees. Temperatures will still be in the lower 80s around 6 p.m. with high humidity throughout the afternoon and evening.

Saturday: Much of Saturday will be rain-free. There will be a low-end chance of a developing thunderstorm in the afternoon or early-evening. Predawn temperatures will start close to 60 degrees. Afternoon highs will be heading up to about 86 degrees. Temperatures will be around the 80 degree mark during the supper-hour.

Sunday: Showers and thunderstorms are more likely from midday until the early-evening and breezy. Winds will be from the southwest, about 15 mph. Predawn temperatures will start in the lower 60s. Afternoon highs will reach the lower 80s. 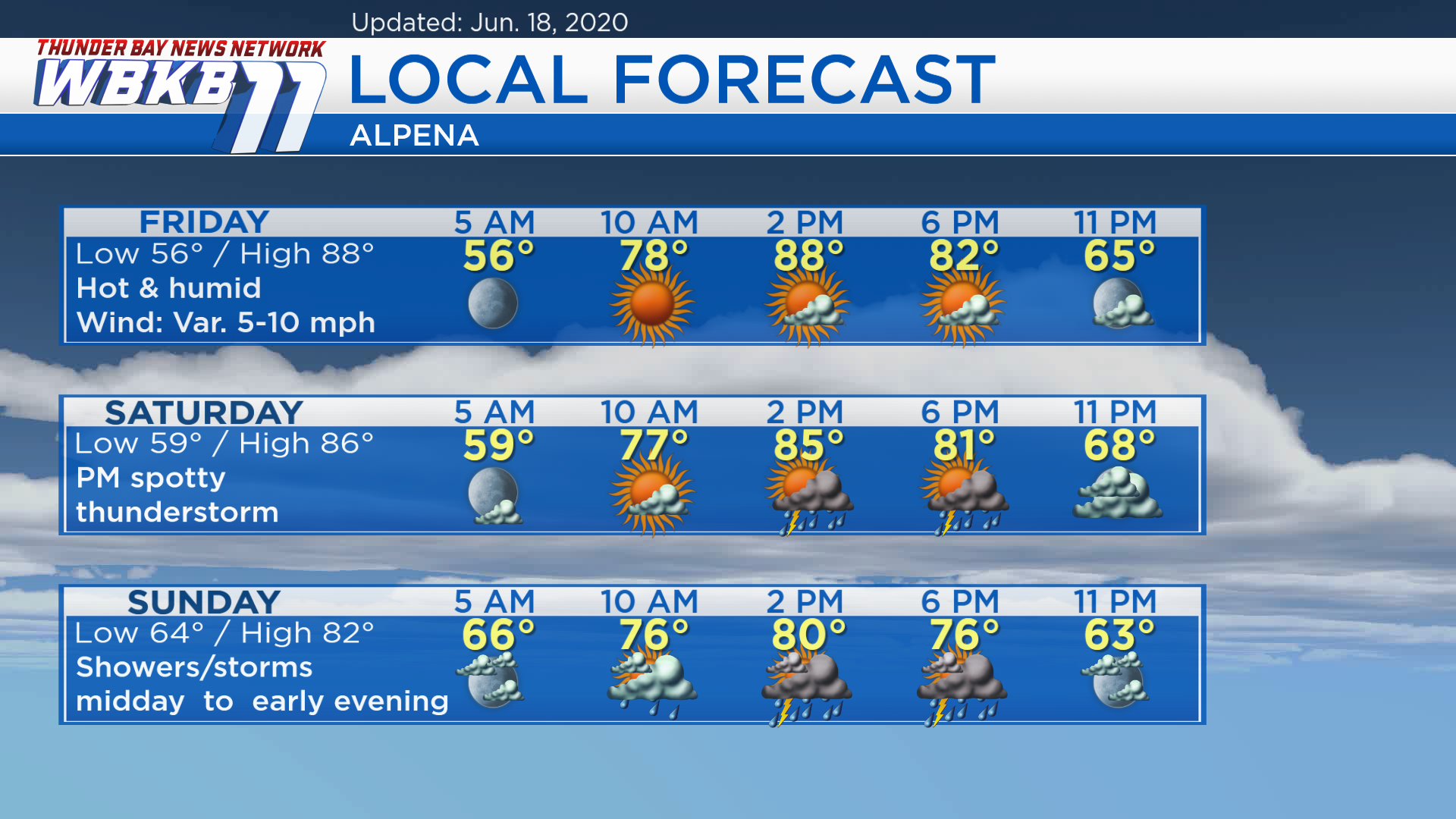 Getting sticky over the weekend with a risk of thunderstorms Saturday