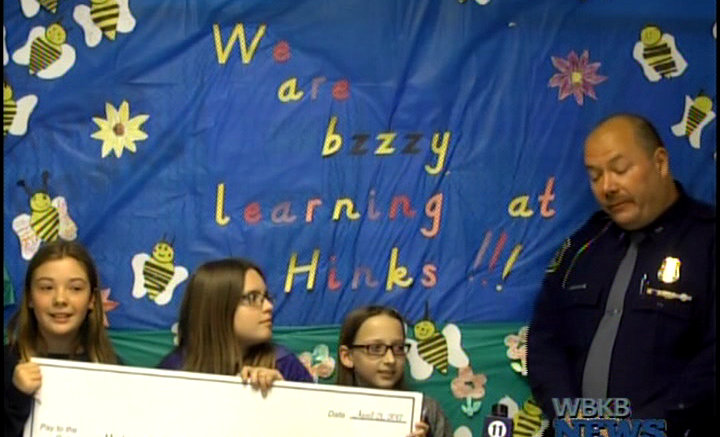 When it comes to helping hands you probably don’t think about it being someone from a younger generation. Normally adults, or community members create fundraisers.

But for a group of 5th graders at Hinks Elementary they decided to come together and raise over $1,000 for the MSP Fallen Trooper Fund. Trooper Simpson said she’s overjoyed by the amount of money raised.

“We’re absolutely honored to know that three 5th graders were able to raise $1,000 on behalf of our ‘MSP Fallen Trooper Fund,'” Simpson said.

Last week was a major week for MSP as they celebrated their 100th anniversary of service. Lieutenant Grimshaw said the amount raised in a short period of time is truly amazing.

“It’s pretty amazing that they got to raise this amount of money no matter how they did it, in such a short period of time. I understand from Lilly that it took you guys about a month for the whole school to come up with this amount of money that is absolutely amazing.

We are so proud from the Michigan State Police that we have such great kids out here who really want to honor the fallen troopers that have come. So it’s great, thank you, thank you girls,” Grimshaw said.

The girls who started the fundraiser hope to make the event an annual thing. The girls hope to spread the love with other elementary schools so that they get involved too.

Lilly Gembel said in her next fundraiser she hopes to help out homeless veterans. “Because they do so much to protect us and our country and then they come home to nothing and that doesn’t seem ok,” Gembel said.

Over 200 breathalyzers removed from service by Michigan State Police