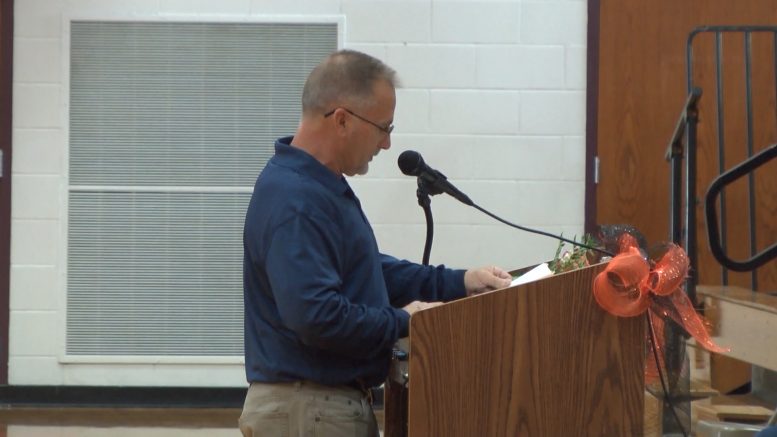 HILLMAN, Mich. — It’s been a busy weekend at Hillman High school. Last Friday, the Tigers football team hosted Game of the Week against the Mio Thunderbolts. On Saturday, Rick Hamilton, Tom Kennard, and the 1996 Softball team were inducted into the Hillman High School Sports Hall of Fame.

Rick Hamilton graduated in 1966 and was a member of some of Hillman’s most successful football and basketball teams during the 60’s. He was one of the many elite athletes who would letter in four different sports (Football, Basketball, Baseball, and Track). Hamilton was a member of the football team who was undefeated in 1965 and would be recognized for his accomplishment as he was named All-State in 1965 and 1966. Rick’s talents weren’t just limited to the gridiron, but brought his skills to the hardwood where he was named All-State in basketball during the 1965-66 season.

“It means a lot to me and my team,” said Hamilton. “When I was a senior, we just had the year that was outstanding.”

Tom Kennard graduated in 1977 and was an All-State Class D State Finalist in 1976 and 1977 in wrestling. Kennard was also a Regional Champion in 1976 and 1977 capping his wrestling career with a record of 106 wins and six losses. During his High School career, he would earn ten Varsity Letters and a wrestling scholarship to Central Michigan University. Kennard was also known for his boxing talents which was not a school sport but was considered one of the better boxers in the area.

“It’s a tremendous honor to coach them,” said Lydia Walker. “They had a lot of talent, worked very hard, and had a goal they wanted to accomplish.”

Also, Donald Orm was the recipient of the Richard Brown Trailblazer Award. Orm graduated from Hillman in 1948. He played baseball for the Tigers. The award honors athletes from a distant generation that helped blaze the trail for the past and present athletes at Hillman High School.

Bump N’ Run did not disappoint at the Posen Potato Festival