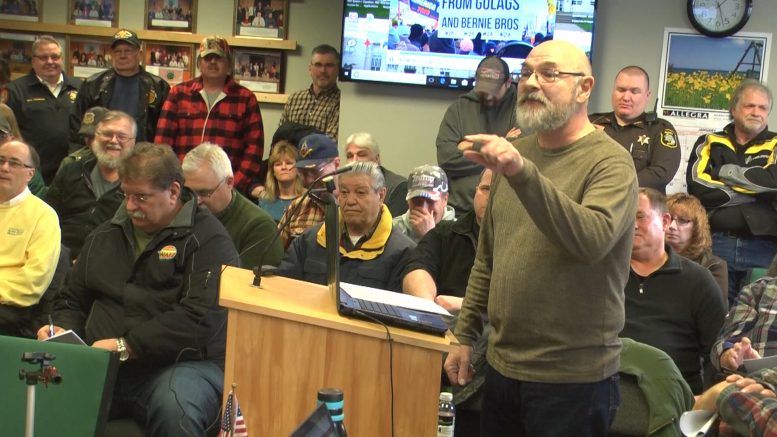 Independent journalist, Bobby Powell was there to present the resolution. He’s the publisher of “The Truth is Viral,” which has over 11,000 followers on Facebook and over 40,000 subscribers on YouTube. He says the constitution is clear when stating citizens have the right to bear arms, and the Michigan constitution even more so. “The Michigan constitution is even more clear,” he said. “It says every person shall be allowed the right to keep and bear arms for the defense of himself and the state. It’s one sentence and it’s very plainly clear.”

During his time at the podium, Powell expressed to commissioners that their re–election could depend on how they vote on this resolution. Commissioner Brenda Fournier asked him if she were to vote no, then would that mean they wouldn’t vote for her. Powell responded, “Absolutely.” This was followed by cheers and clapping from some of those attending.

The commission was unable to come to a conclusion on the resolution and it was tabled until next month. Powell said that was fine by him. “They wanted to take a month to think about it, which is absolutely fine with me. This is a serious issue. It’s something that should be given serious consideration. I don’t want anybody to make a law or resolution or anything like that based on a snap judgement.”

The next regular Alpena county commission meeting is on Feb. 25.