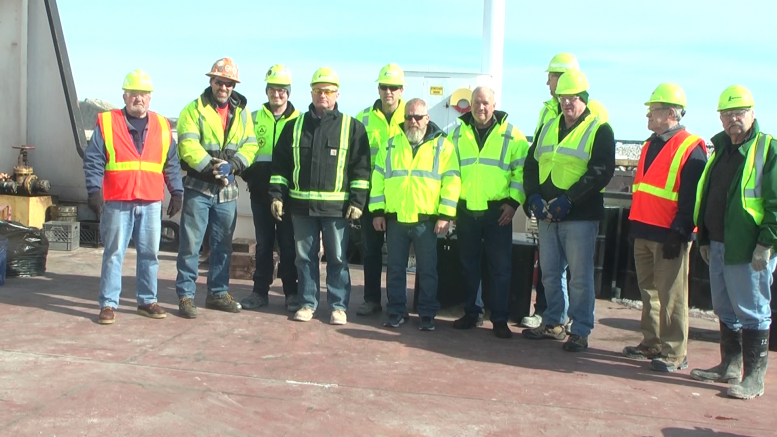 The Great Lakes Trader was the first ship of the season arriving to Lafarge Presque Isle Quarry Tuesday to collect its precious cargo. Ships like Trader haul over 34,000 tons throughout the Great Lakes.

Captain Bruce Messersmith said his ship would carry 32, 500 tons of limestone to Windsor, Canada. The Trader has 12 crew-members aboard.

President of the International Shipmasters Association of Northeast Michigan, Patrick Hart said jobs in the world of cargo shipping are always looking for brave souls to endure adventures.

But a job like this isn’t just about getting dirty hands and spending months on the water. Ships like the Trader can also promote you to climb 75 feet into the air landing in the Captain’s seat one day.