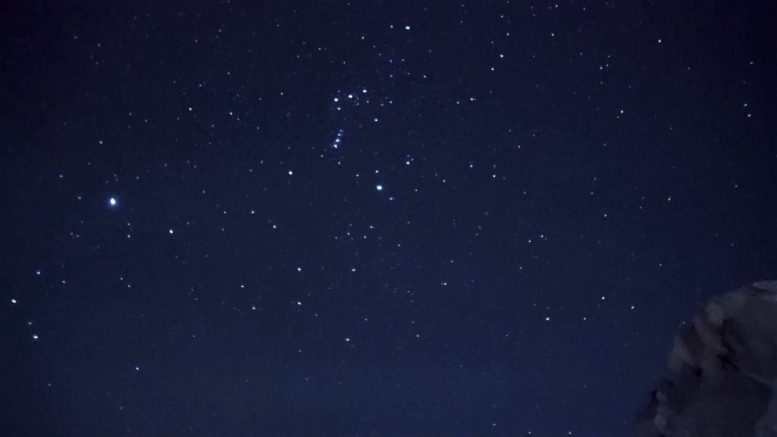 This year we’ve experienced a full moon shortly before the peak of the meteor shower, which will drown out some of the smaller meteors that we’d normally get to see. However, Winckowski says as long as the weather cooperates, there will still be plenty of opportunity to witness the event. “Because this meteor shower is just so fantastic, we should still expect anywhere from 30 to 40 meteors per hour, putting it well above an average meteor shower, even with this handicap,” he said.

The reason we experience the astronomical event every year is because our planet passes through the debris of an asteroid called 3200 Phaethon. “I like to think of it like driving behind a semi-truck on a snowy day. It kicks up all that sleet and snow and ice on your windshield, and that’s kind of what we end up with,” said Winckowski.

In order to get the best possible view of the meteor shower, the Besser Museum’s astronomy club will visit Headland’s International Dark Sky Park, located in Mackinaw City, on December 14. This free event starts at 9 p.m., but if you can’t attend, this meteor shower can viewed from anywhere. “The great thing about this meteor shower is that it can be viewed from pretty much anywhere on planet Earth, peak time being around 2 a.m. wherever you are. It doesn’t matter if you’re here in Alpena, or 4,000 miles away on the other side of the earth. 2 a.m. your time is when the peak meteors are expected to happen,” said Winckowski.

Friday and Saturday nights will be the best times to view the Geminids meteor shower.