High temperatures today reached the lower and middle 20s across Northeast Michigan under cloudy skies. Winds have now shifted out of the northwest about 10-15 mph, and winds generally out of the north will keep supplying very cold air into our area through the weekend. 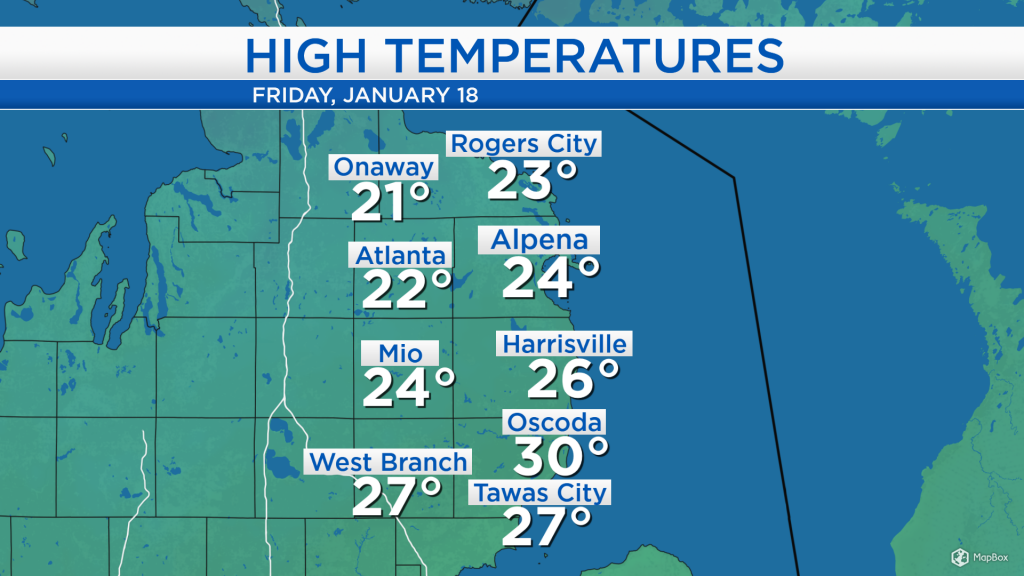 Most locations in Northeast Michigan have seen dry weather, but a Lake effect few flurries off Lake Michigan extended east of I-75 during the afternoon. Mostly dry and mostly cloudy skies are expected tonight. A storm system centered over the Southern Plains, currently producing snow in southern Minnesota, Iowa, and Wisconsin, will continue to travel to the east, bringing a chance of snow showers tomorrow morning and afternoon.

Overnight low temperatures will drop to around 3 degrees and wind chill values around -5 with mostly cloudy skies. Snowfall resulting from the previously-mentioned storm system will mostly stay to our south — however, a few snow showers are possible across parts of Northeast Michigan. The chance of snow on Saturday will be higher farther south (around Tawas City) and lower farther north (around Rogers City). Highs will reach only 11 degrees in the afternoon with wind chill values close to 0 which is what it will feel like on your skin. 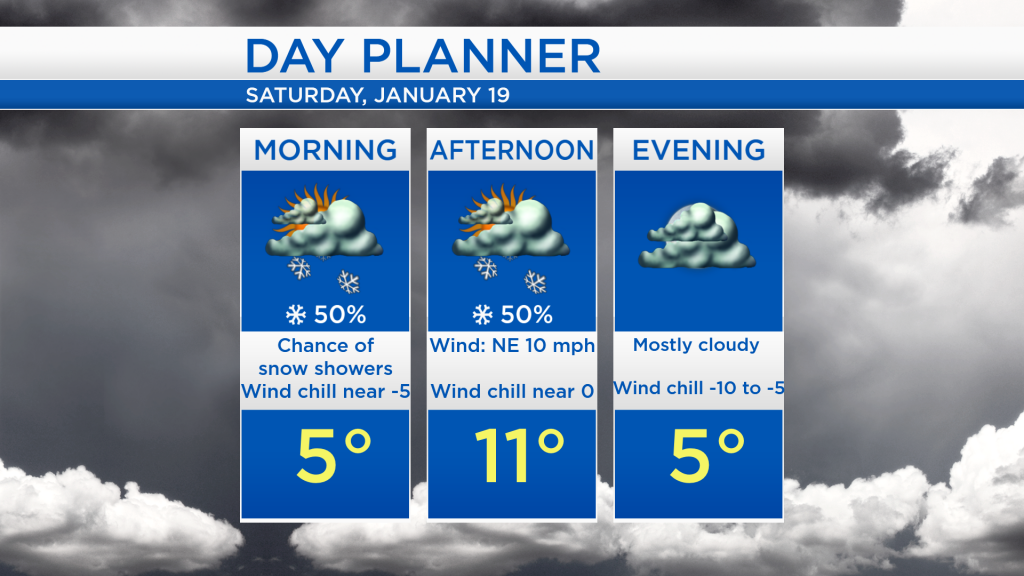 Highs will barely climb above 10 degrees tomorrow, and then it gets colder on Sunday. Mostly cloudy skies are expected Sunday with early-morning temperatures starting around -2 degrees and afternoon highs only reaching 6 degrees. Partly cloudy skies with a little more sunshine are forecast on Monday, but it will be extremely cold early with a low of -6, then climbing into the teens in the afternoon. A chance of snow and milder temperatures will arrive Tuesday. 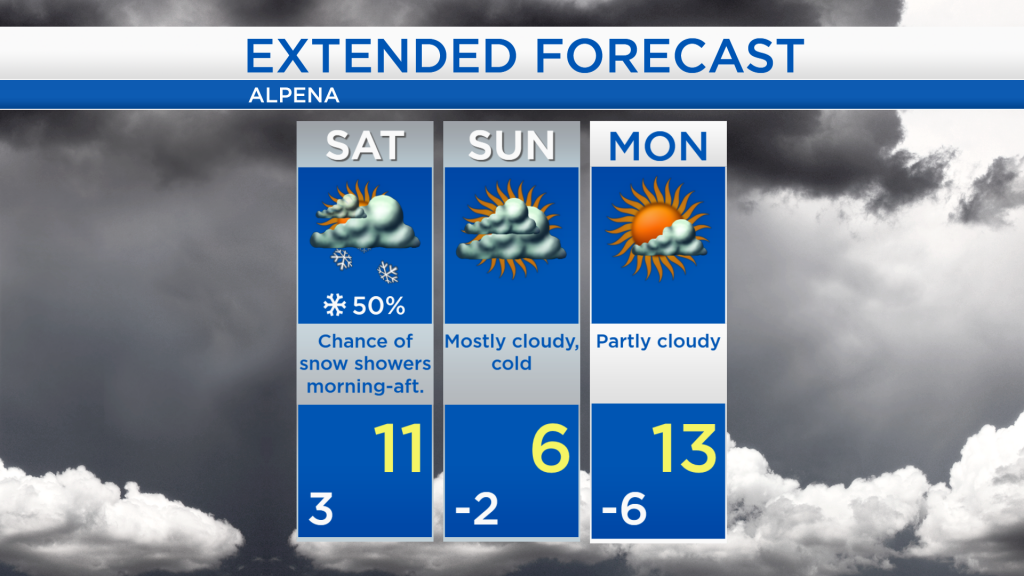 A lunar eclipse will occur late Sunday night, viewable across all of North America. During a lunar eclipse, the Earth completely blocks sunlight from reflecting off the moon (which doesn’t normally happen). The full eclipse will take place from 11:41 p.m. late Sunday night to 12:43 a.m. early Monday, lasting just over one hour. For the rest of Northeast Michigan’s weather forecast, watch the latest weather video by clicking the weather tab at the top of the page.