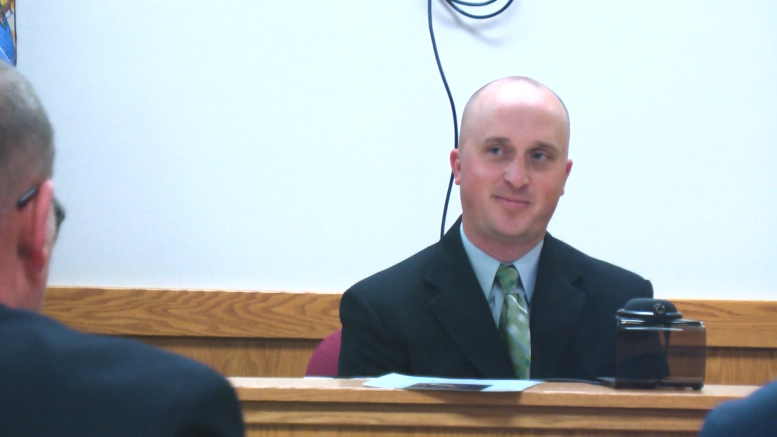 After the verdict was read you could hear the weeping sounds from his mother and other family members in the courtroom.

In September of 2018… Daniel Oelfke was accused of the incident when Oelfke and his female colleague had been talking and drinking in his car in around 3 A.M.

Oelfke was accused of restraining the victim and started preforming unwanted sexual acts.


Now that he has been proven innocent of that accusation, Daniel’s attorney Douglas Gutscher, who did not want to appear on camera but did give WBKB a statement saying,“now that he is not charged with the crime, his next steps is addressing his employment status with the county to be a normal productive citizen.”

Since Oelfke was acquitted of the crime today. The next steps leads to the sheriff department ruling if regulations have been violated.

Arbitration is set for October 31st.

Stay in touch with us anytime, anywhere.