Cloud cover will diminish over Northern Michigan this evening. Fog may develop overnight as temperatures cool while moist air remains near the surface combined with nearly calm winds. Periods of sunshine are expected Friday afternoon. Then a cold front currently over Montana, Idaho and northern California will move through Northern Michigan Saturday. The greatest chance of showers will be near the Tip of the Mitt and in the Upper Peninsula.

High temperatures today reached 63 degrees in Alpena and 60 degrees in Houghton, Mich. Warmth is still nearby, highs got up to 78 degrees in Saginaw, Mich. and Chicago. Winds out of the southwest combined with afternoon sunshine will bring warmer temperatures to our area Friday. 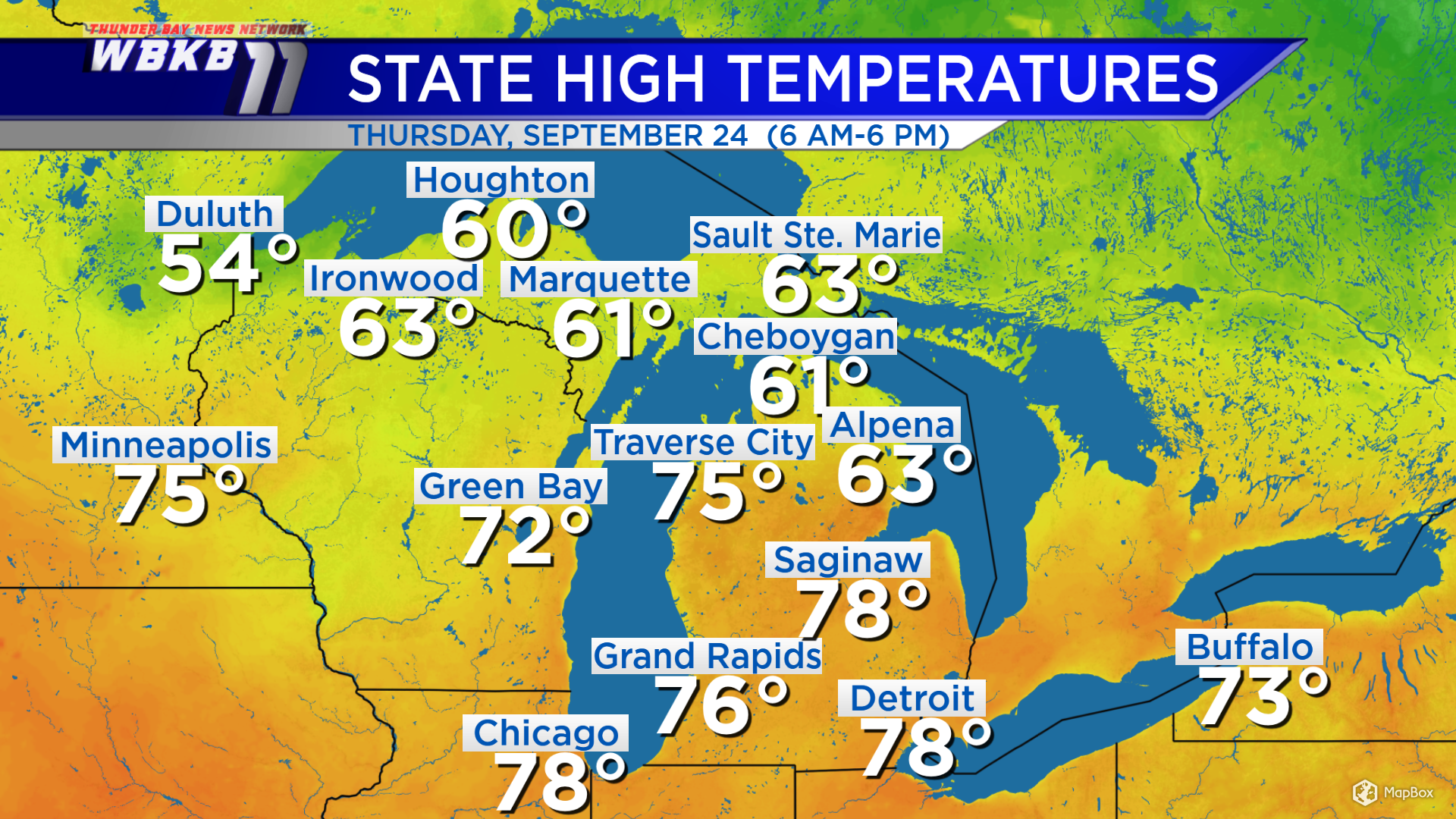 Highs will reach about 79 degrees Friday afternoon. Highs will remain in the upper 70s Saturday, then dip slightly to the middle 70s Sunday. Then the warmth will end — a pair of cold fronts will move through Northern Michigan Monday and Tuesday. Highs will drop to the middle 60s Monday, then upper 50s Tuesday. 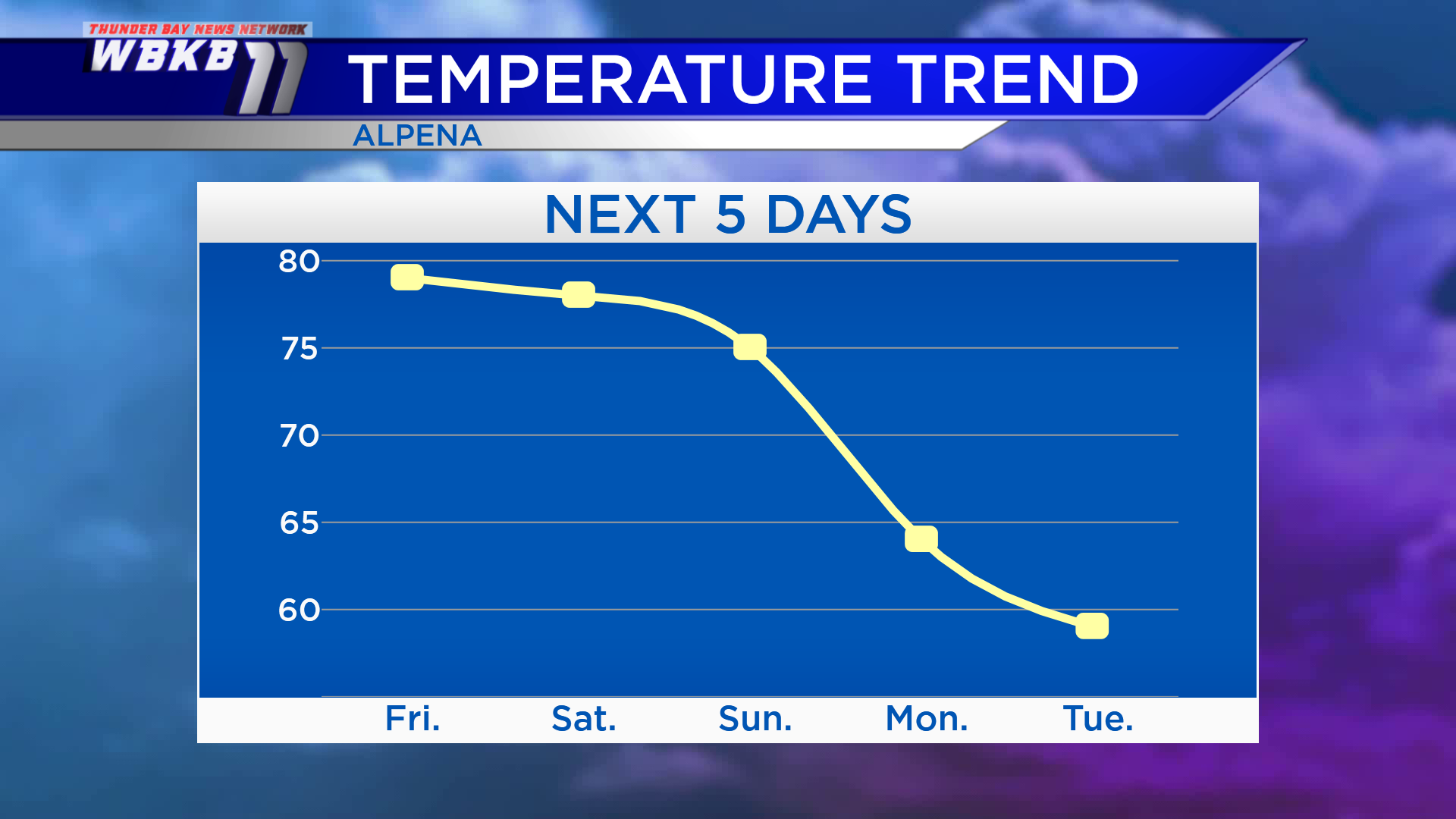 On an outlook for September 29-October 3, the Climate Prediction Center is giving the Great Lakes, Ohio Valley and much of the Southeast a likely chance of below-normal temperatures. Once the cold temperatures begin early next week, that’s going to continue for several days, heading into early October. 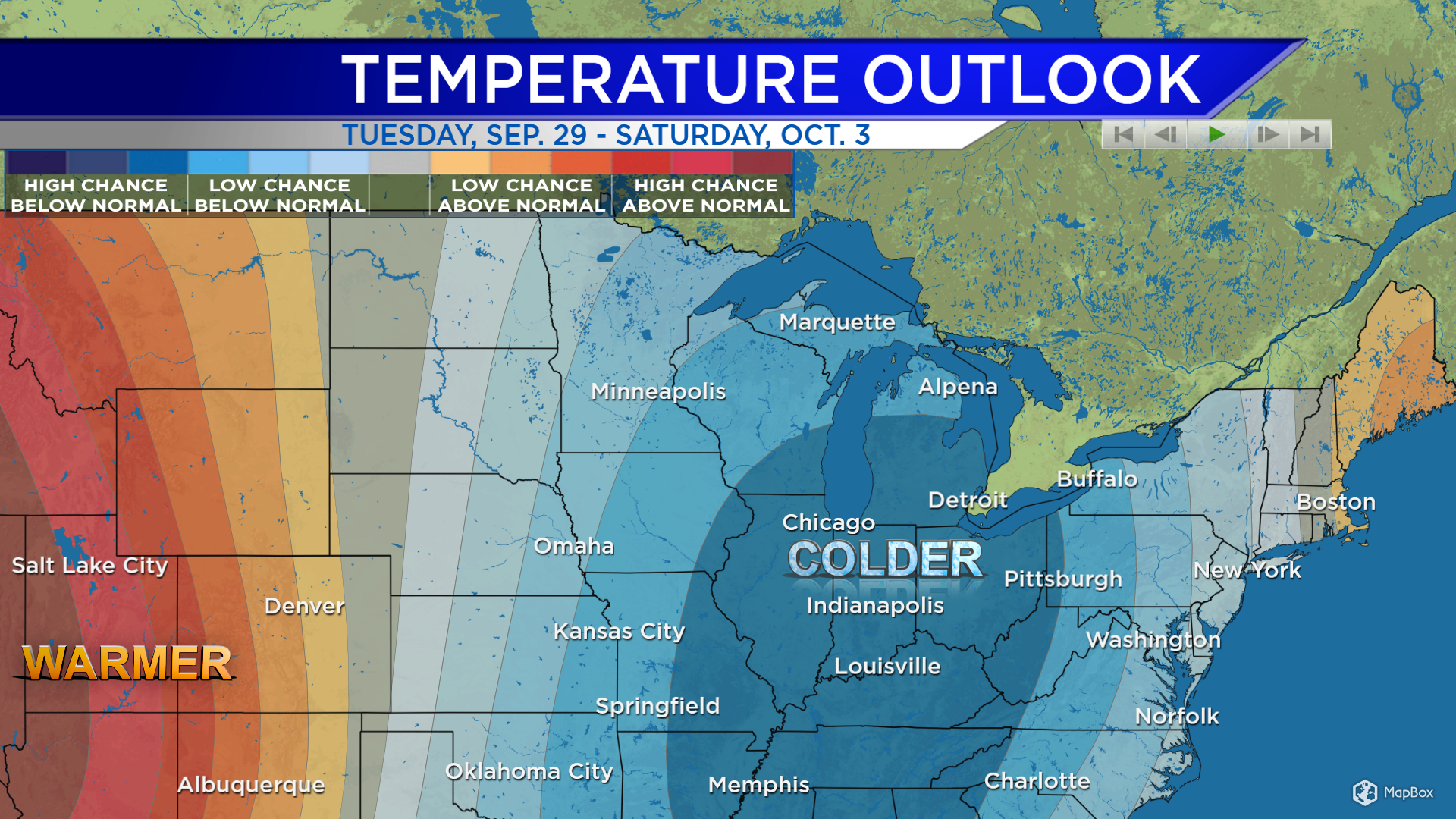 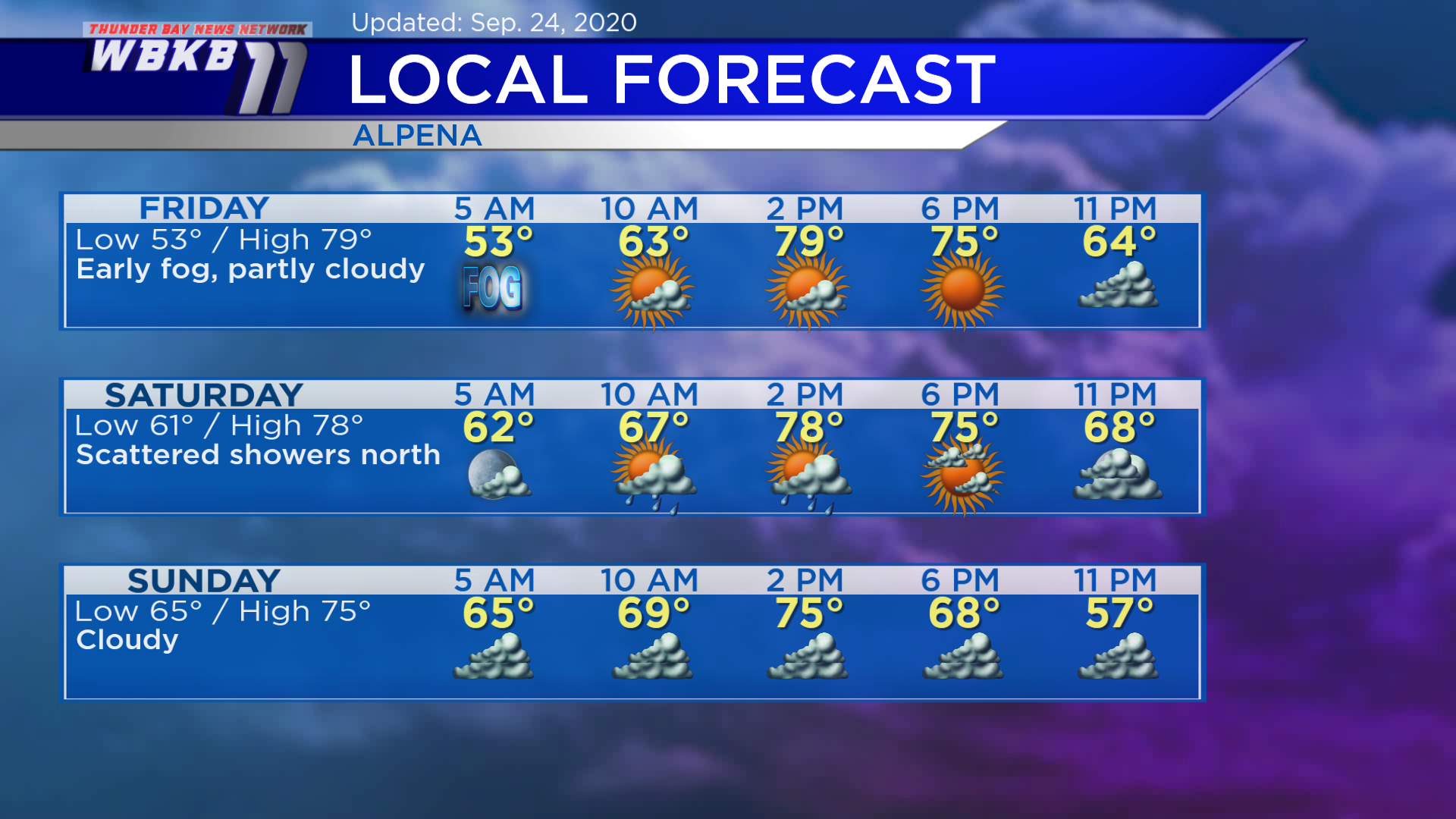