Tonight: Mostly cloudy skies stick around the area. Warmer winds will be coming from the southeast around 1-5 mph. Lows reaching into the mid-fifties.

Tomorrow: Temperatures ramp back up with an expected high near 90 degrees. Partly cloudy skies throughout the day with and increased chance for precipitation as we move into the later evening hours. Lows for Thursday night in the mid-sixties.

7-Day: Temperatures cool down to the mid-seventies after Thursday with highs in the upper seventies and mostly clear skies for the holiday weekend. Chances for precipitation ramp back up to start off next week with temperature staying pretty consistent int he mid-seventies. 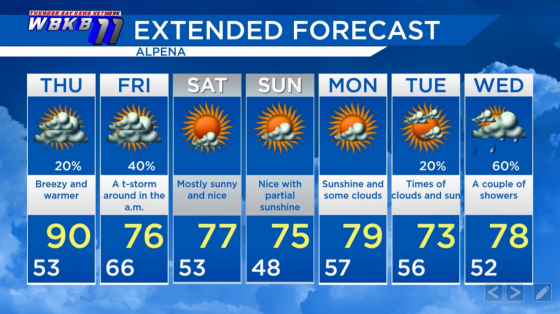